Preparing the Garden for a House Project

By Kate AnchevDecember 31, 2015My Garden's Progress
No Comments

I’ve mentioned here that we’re approaching a large household project this coming Spring.  We’re having our foundation replaced.  This, of course, means lots of digging all around the house.  I’ve intentionally not planted anything meant to be permanent along the house in the 7 years we’ve lived here, except in the front, where I wanted it to look nice for curb appeal.

At this point I’ve removed almost everything (except the deck) along all sides of the house except the front, and I’ve gotten a start on that.  Part of what was moved were 3 6’x2′ stock tanks in which we grow vegetables on our sunniest spot.  To move them, each had to be emptied, one into the other, so that they were light enough to move. Here’s where they used to live (you can see the stone outlines): 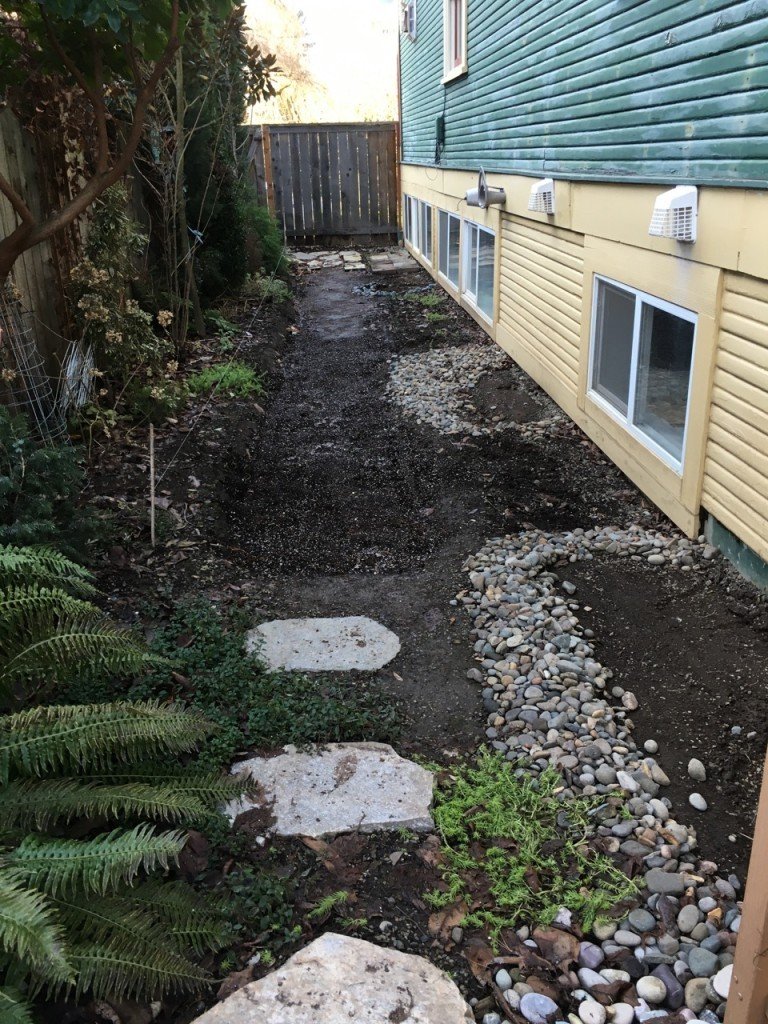 And in the last week I got them all in place in our small lawn in the back with enough space around to move freely and started filling them with plants I want to keep from the front: 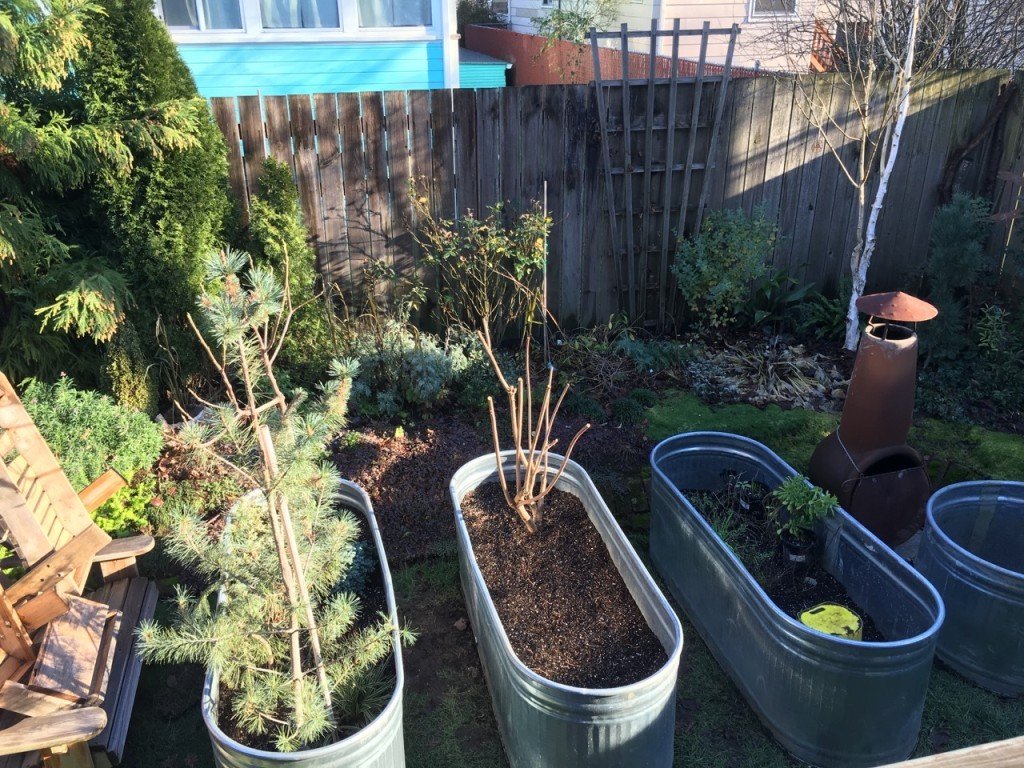 I took that photo from the deck, which we’ll be removing once I’ve got all the plants moved.  You’ll see there’s still room left, and that’s for the remaining plants that I’ll move when things warm up a bit.  There’s a Cotinus ‘Grace’ in the middle container all by itself and I’m afraid after cutting it back that it has verticillium wilt as there’s the dark stain in the center of the cut branches — it’s a disease that’s taken out lots plants here so far, including all but one of the Japanese Maples.  That makes me sad, but I haven’t entirely given up hope.

In happier news, this is the first year I’ve had this particular clematis (below) in bloom.  It will, of course, need to be moved (as will the arbor on which it’s trained) but I’m going to wait until it’s finished the show in February.  It’s a Clematis cirrhosa.  I love things that bloom when very few other things are happening in the garden. 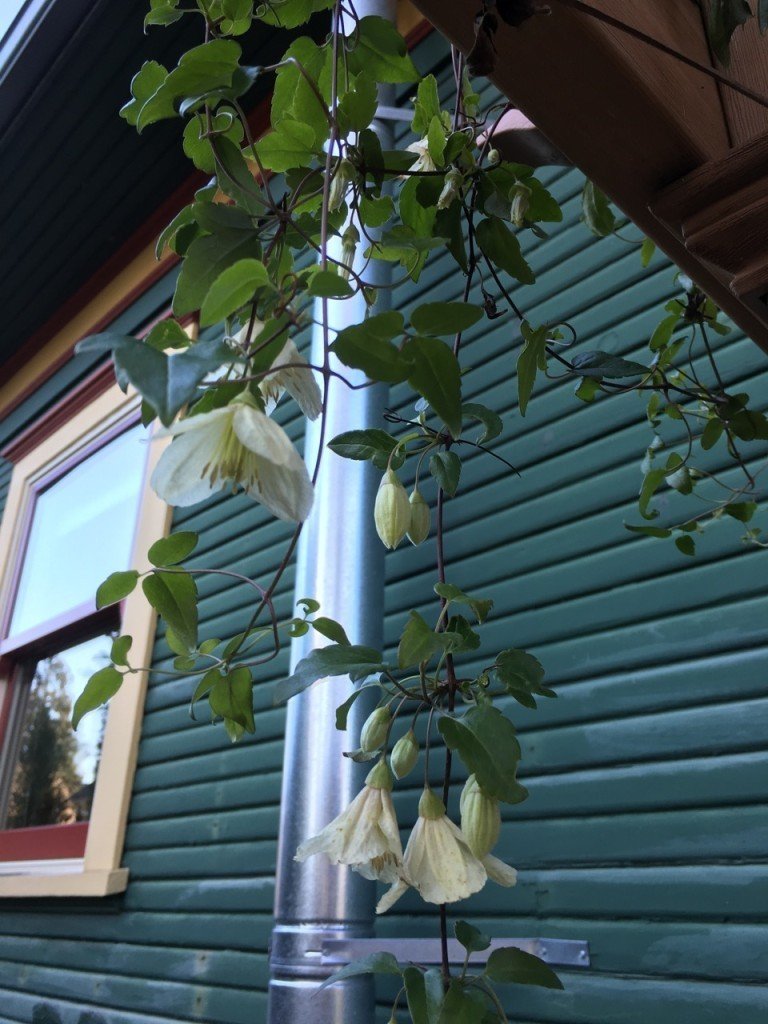 In other garden news regarding the move, we’re using our outdoor dining table to store things on and under.  The compost tumblers are underneath it, hoses are on top of it, and I expect many more things to end up here before we’re done.  Since the basement project will start in April and go on into Summer I’m sad we won’t be able to use it until that’s finished, but I suppose that’s a bit more to look forward to. 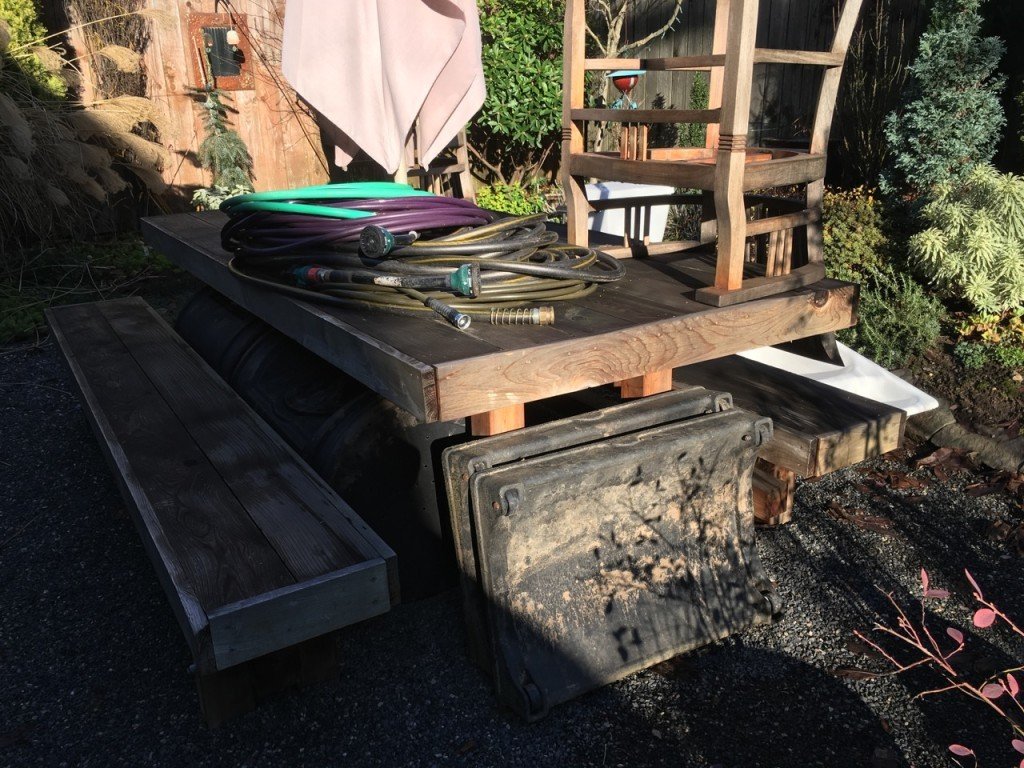 On the funnier side of things, two additional back yard storage items include a kitchen sink and a toilet.  Both are destined for the finished downstairs space, and needed a home in the mean time. 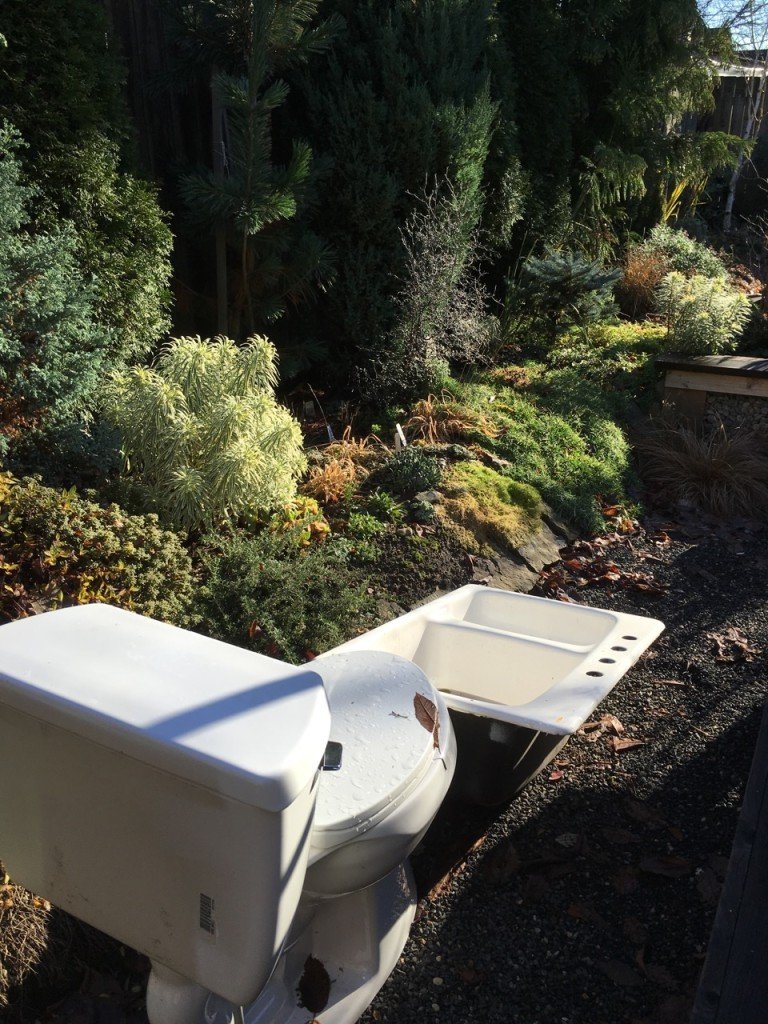