My Love Affair with Conifers

Conifers sometimes get a bad rap.  I regularly hear them disparaged.  People sometimes refer to them as old fashioned, or passé, or worst of all, boring.  Maybe you’re one of those people? Well, sit tight, I hope to change your mind.

While I acknowledge that plant fads are worth paying attention to, and knowing what’s trendy can be important, at the end of the day, I’m one of those people who thinks you should do what you love in your life no matter what other people might think. And I love conifers.  I think they’re terribly underrated.  They not only provide structure to your plantings, and year round interest, but they also have such variety of colors, shapes, and textures that I find them endlessly fascinating. 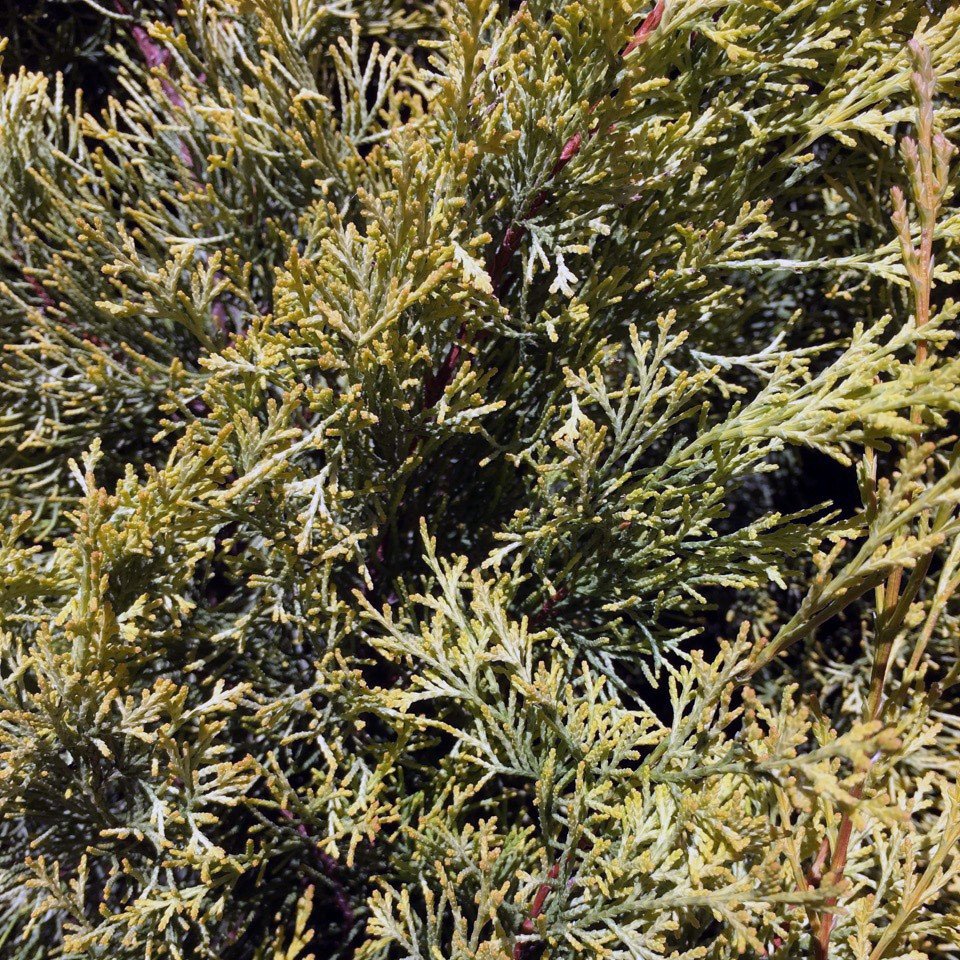 Some of them change foliage color in the winter in response to cold. Some of them have new growth that is almost luminescent. They come in all shapes & sizes. Some are easily trained into geometric shapes as topiary, and many of are virtually maintenance free & often drought tolerant. 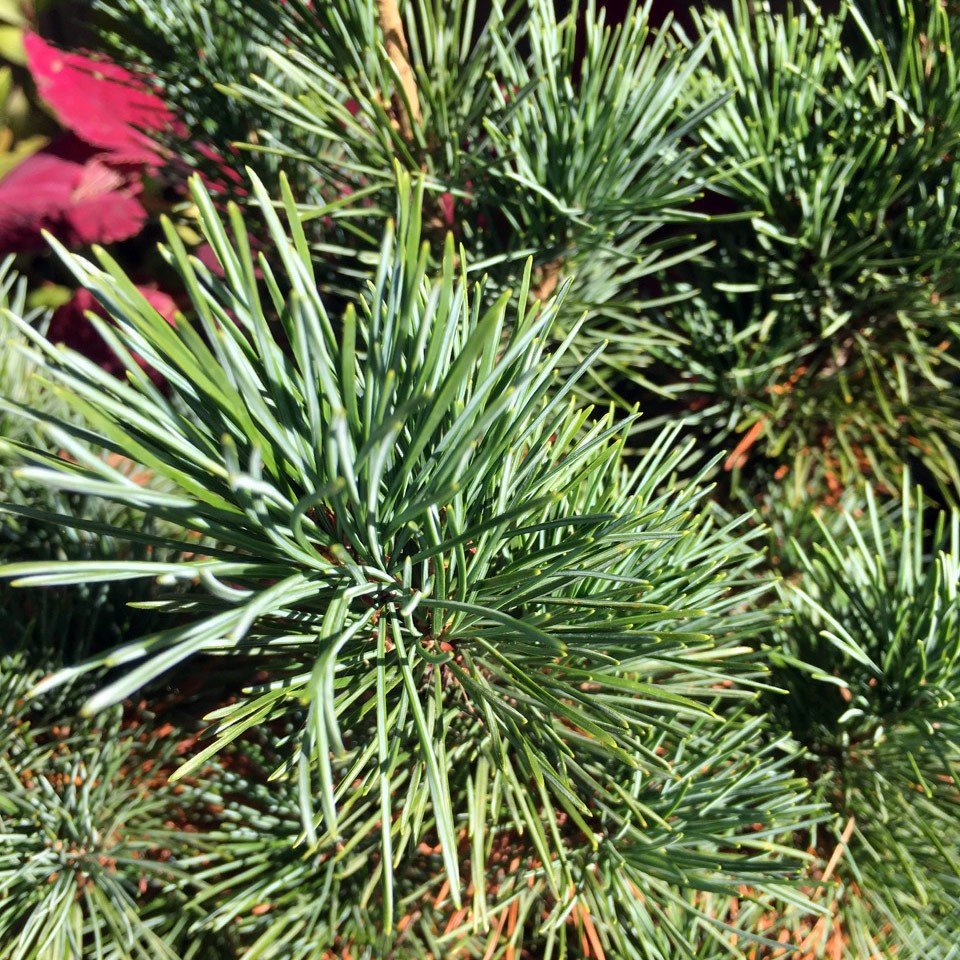 Undeniably, some are overused, and often treated horribly by torturing them into unnatural shapes & sizes. But it doesn’t have to be like that. 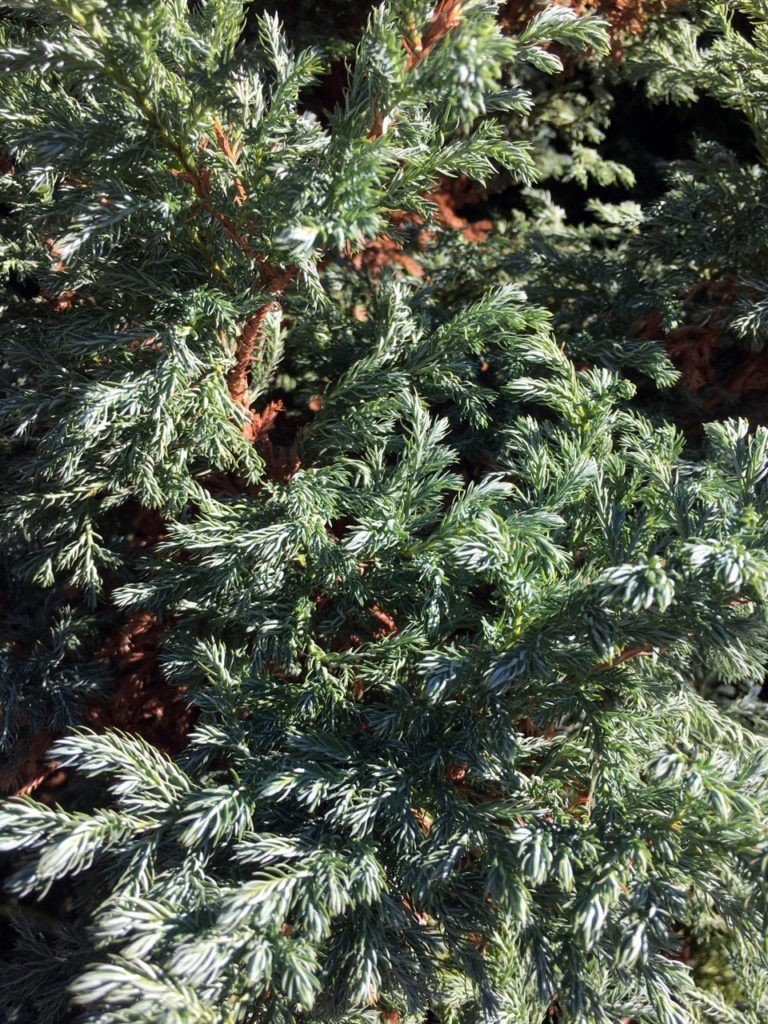 You can use them to create shade, and privacy, and as a sound buffer. 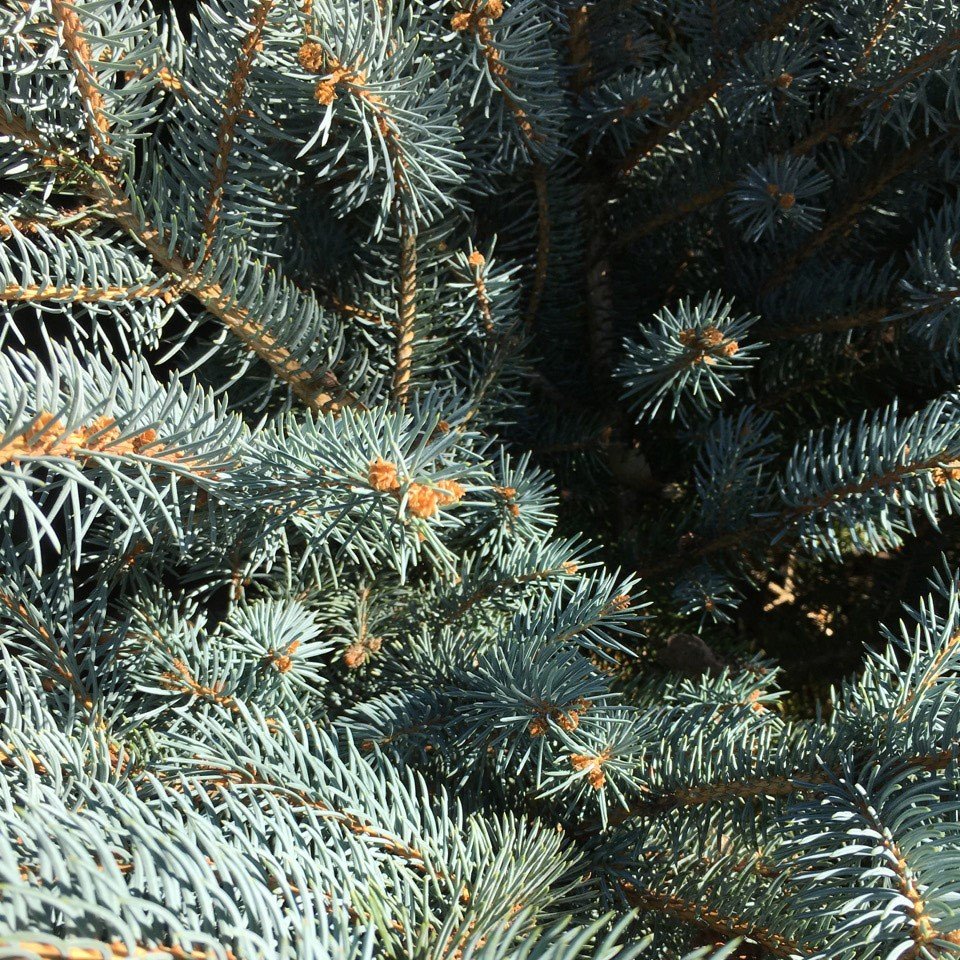 Depending on the variety, you can use them to create height, or as a backdrop, or as a ground cover.

You can use them to knit together a color scheme, remind you of your travels, or to create seasonal interest.

They originated about 300 million years ago and were the dominant plants of the Mesozoic period, predating flowering plants, and they were the main food source of herbivore dinosaurs. I like to think about that when I’m enjoying them in my garden. 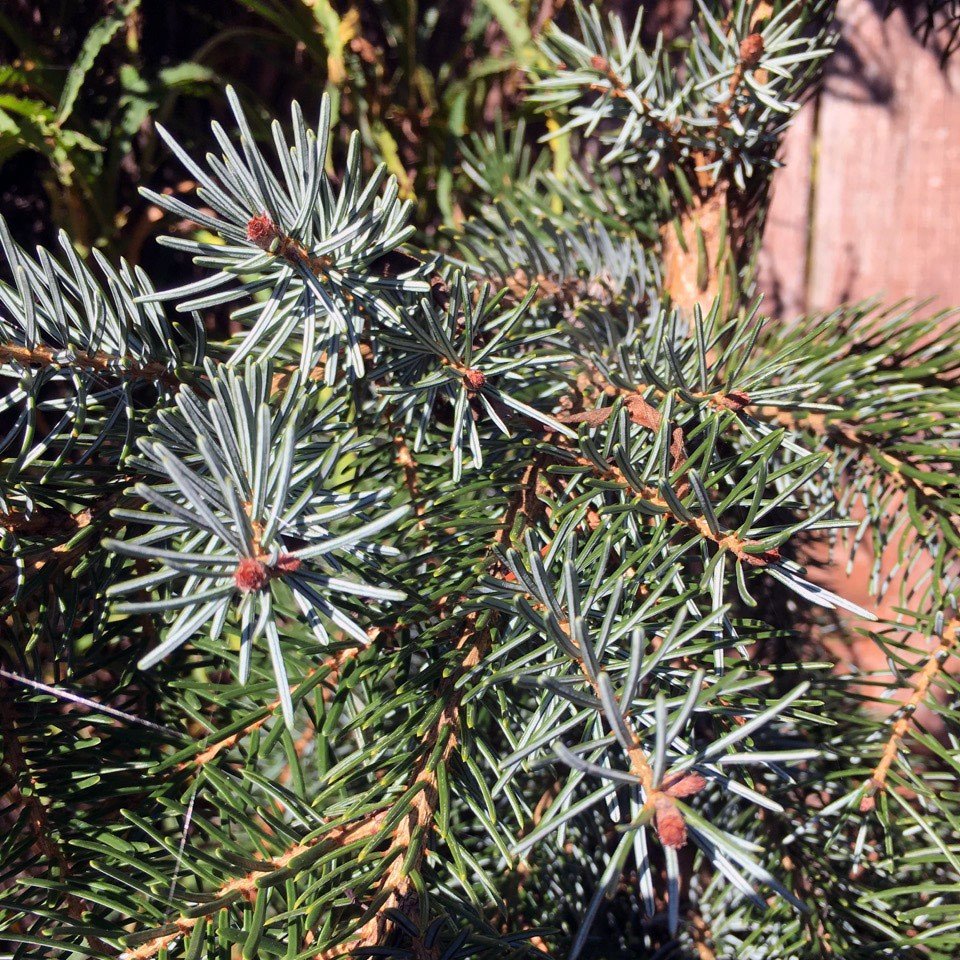 Sometimes they have gorgeous bark, cones, and berries.  A handful are some of the most deadly plants on the planet as a defense mechanism, and others produce resins and oils that preserve them for decades even after being cut down. 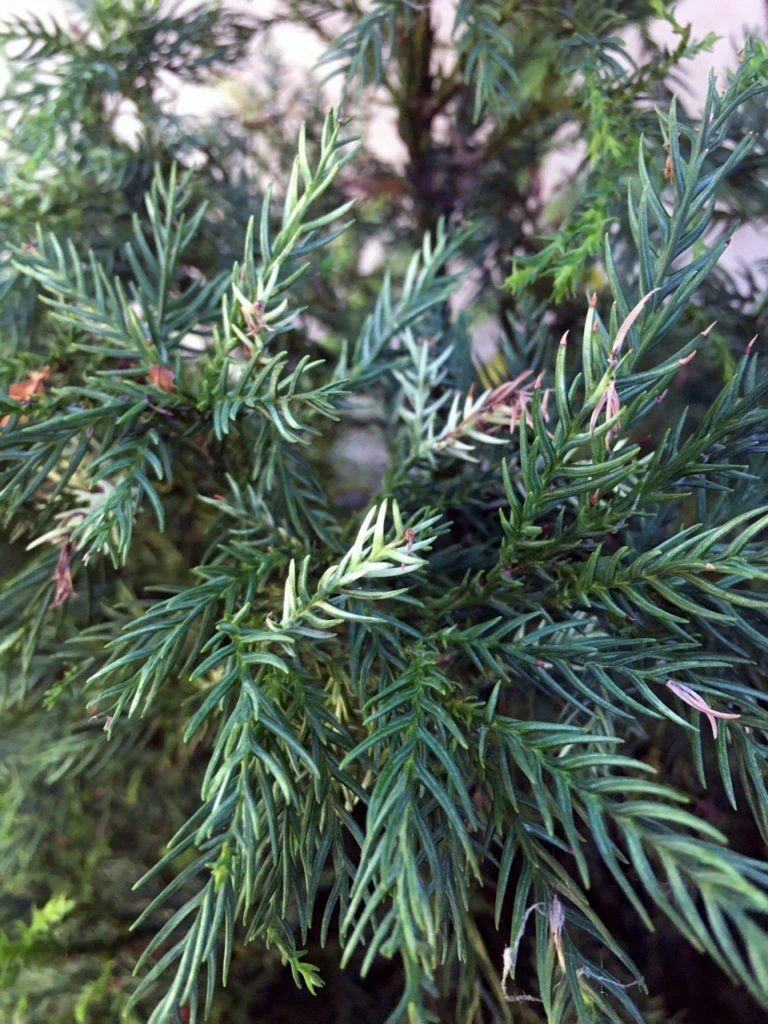 There are options for full sun or deep shade. 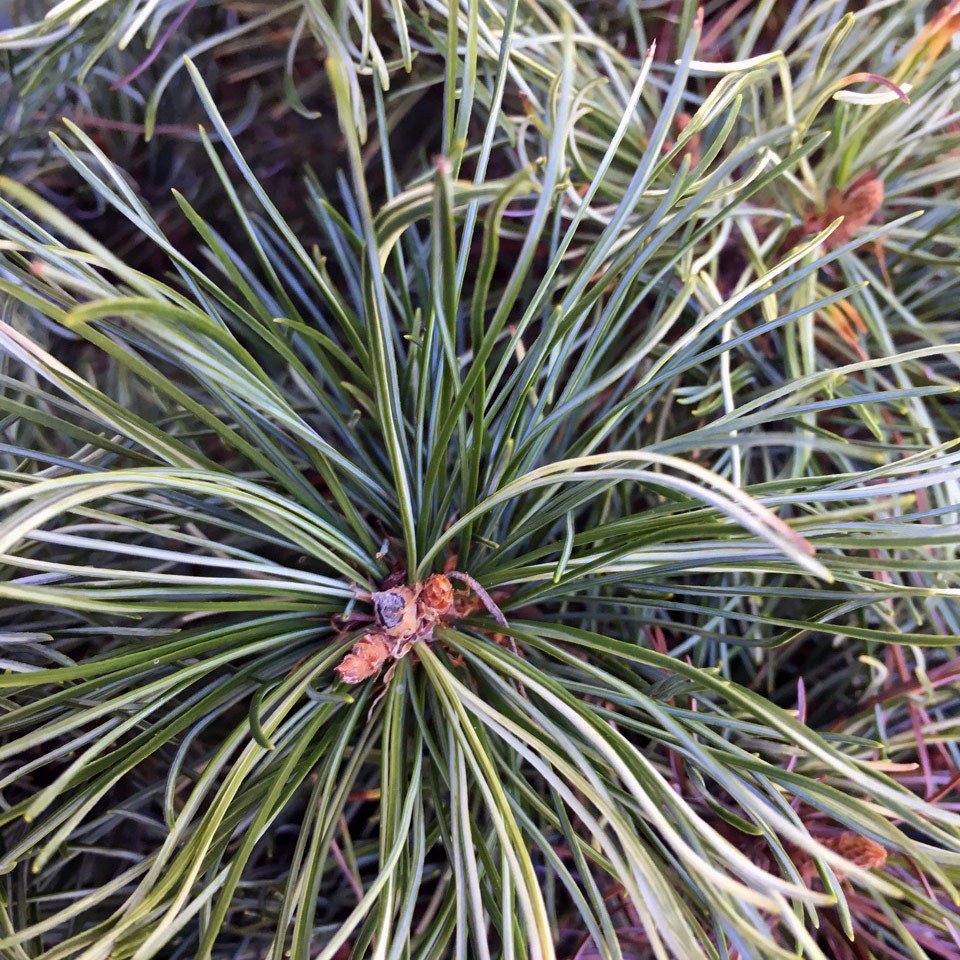 There are versions with huge leaves, or tiny ones.

They play really well with others (for the most part), and grow really well in the Pacific Northwest climate, which is where I garden. 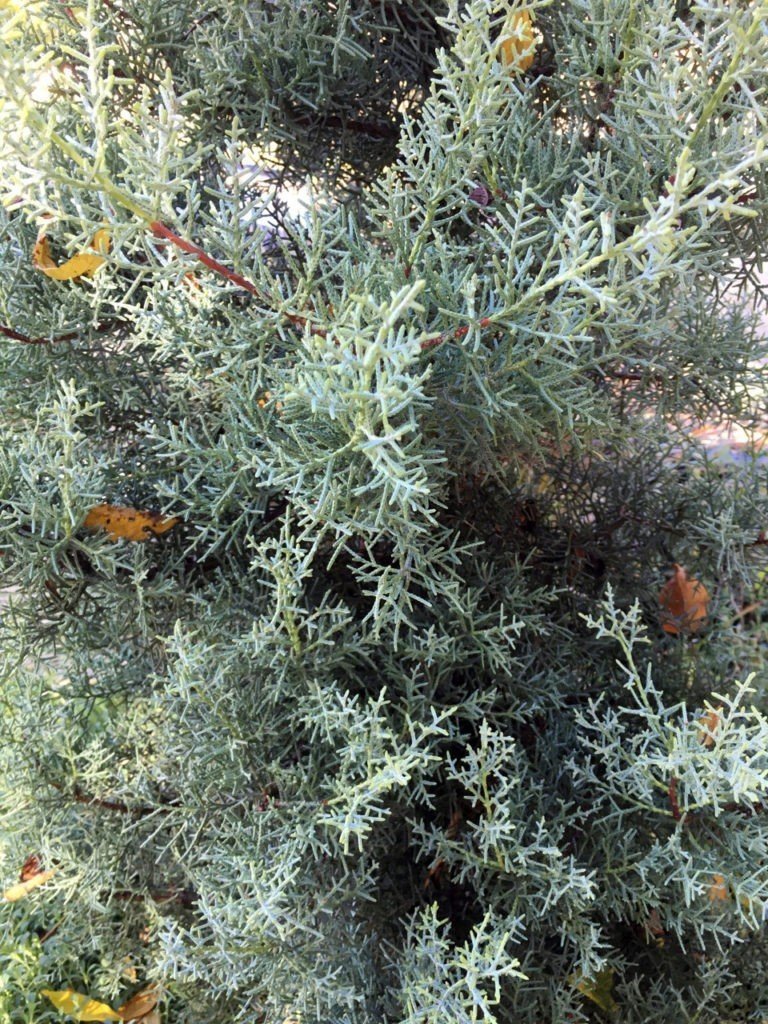 They can have such personality, it’s sometimes difficult not to anthropomorphize them. 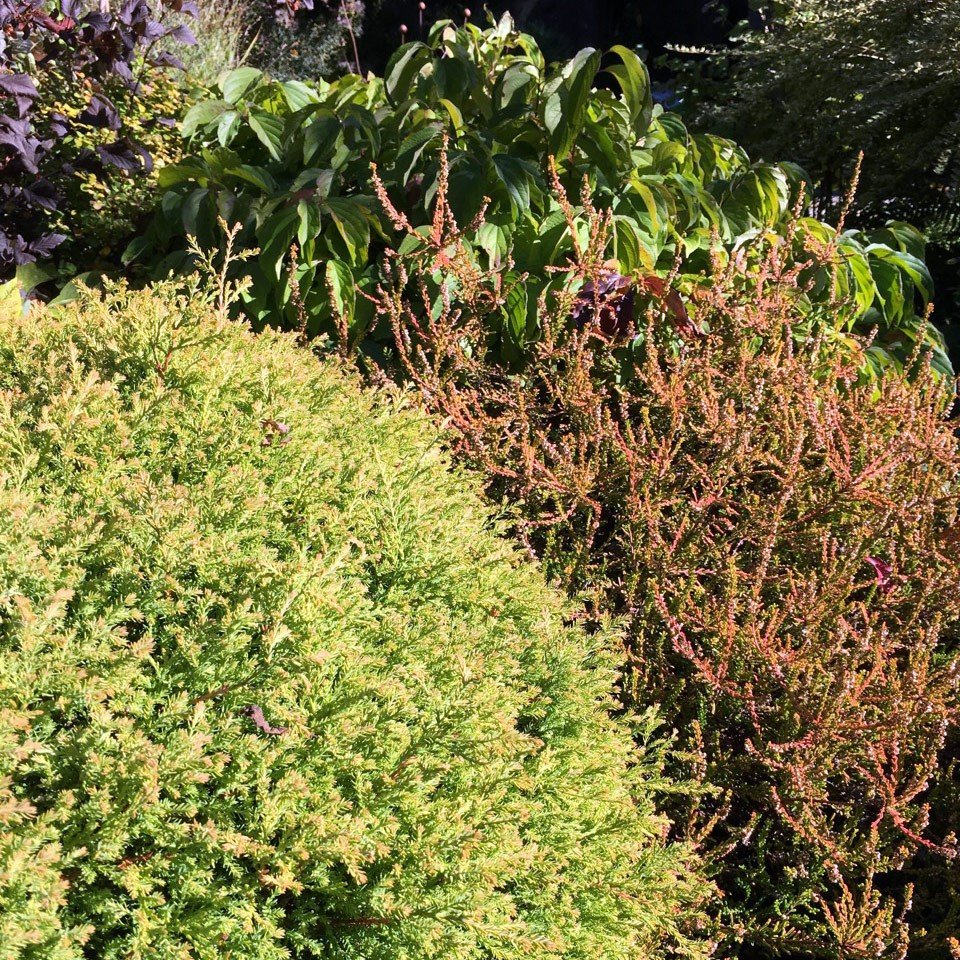 It’s important to know what you’re getting into, however, when you add them to your garden.  Some of them are HUGE plants.  Some of the biggest on the planet, in fact.  Even dwarf varieties can quickly outgrow your space.  After all, a dwarf variety of a 100′ plant might be 50′ tall.  So look at the growth rate rather than the size on the tag.  Because tags lie, and plants don’t stop growing at “maturity.”  If something grows 1″ per year, that’s gonna be a totally different experience than something that grows more than 1′ a year. 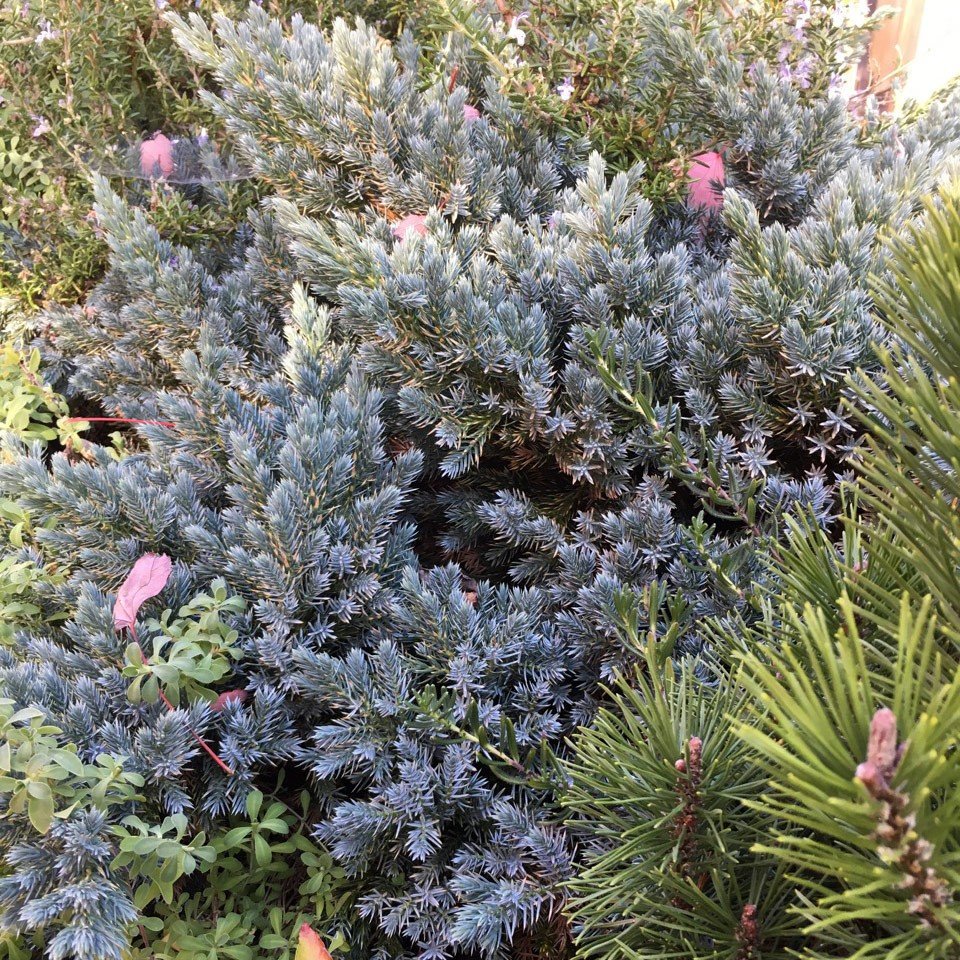 And while you can prune them fairly easily in most cases, often shearing back or trimming new growth, all plants have their potential size built into their DNA, and you don’t want to fight with the plants in your garden over and over again. You’ll lose. 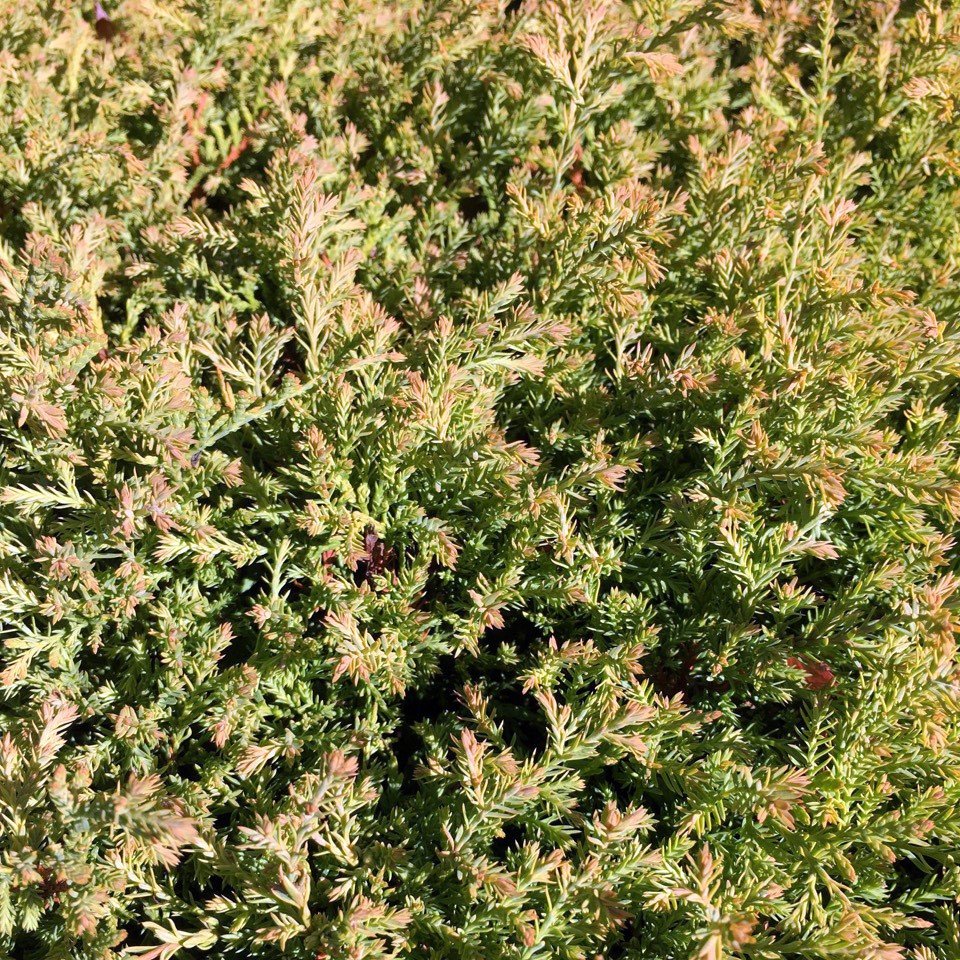 Many dwarf varieties grow really well in containers as part of a mixed planting.  They can be your anchor plant while you change others seasonally around them.

And while there’s often very little maintenance, some conifers, either through breeding or regional origin, don’t handle a heavy snow load.  So if you get winter snow, especially heavy snow, you might need to be prepared to trek out there with a broom to knock some of it off so they don’t get misshapen.  Or, you can do a little prevention by wrapping them in twine or horticultural fleece ahead of a snow storm.

I have really fond memories of visiting gardens with the most fantastical conifers — either shaped into otherworldly topiary, or creating avenues or rooms inside of larger spaces.  And, of course, in forests, where you can walk under a massive conifer where it’s like an arboreal cathedral, or where some of the trees are older than our country, or where fallen trunks create an entire universe of life within themselves. 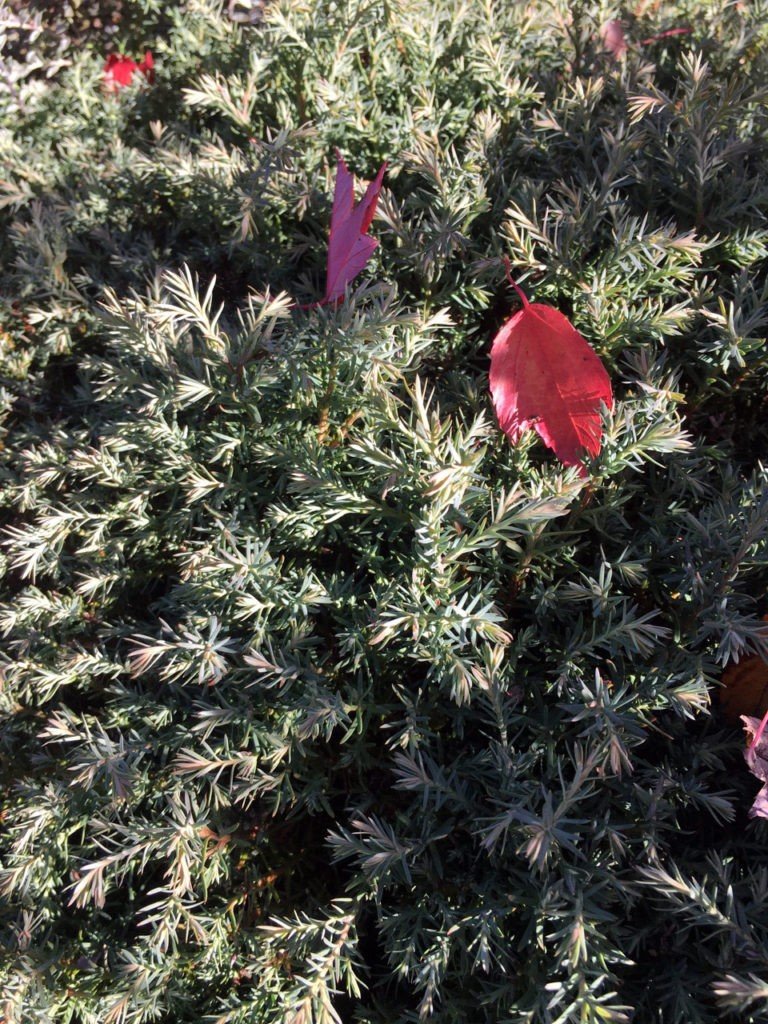 I feel lucky that in my Portland garden I can grow so many.  I don’t have a huge space (50’x100′ lot, and most of it is house), but I do have lots and lots of conifers. 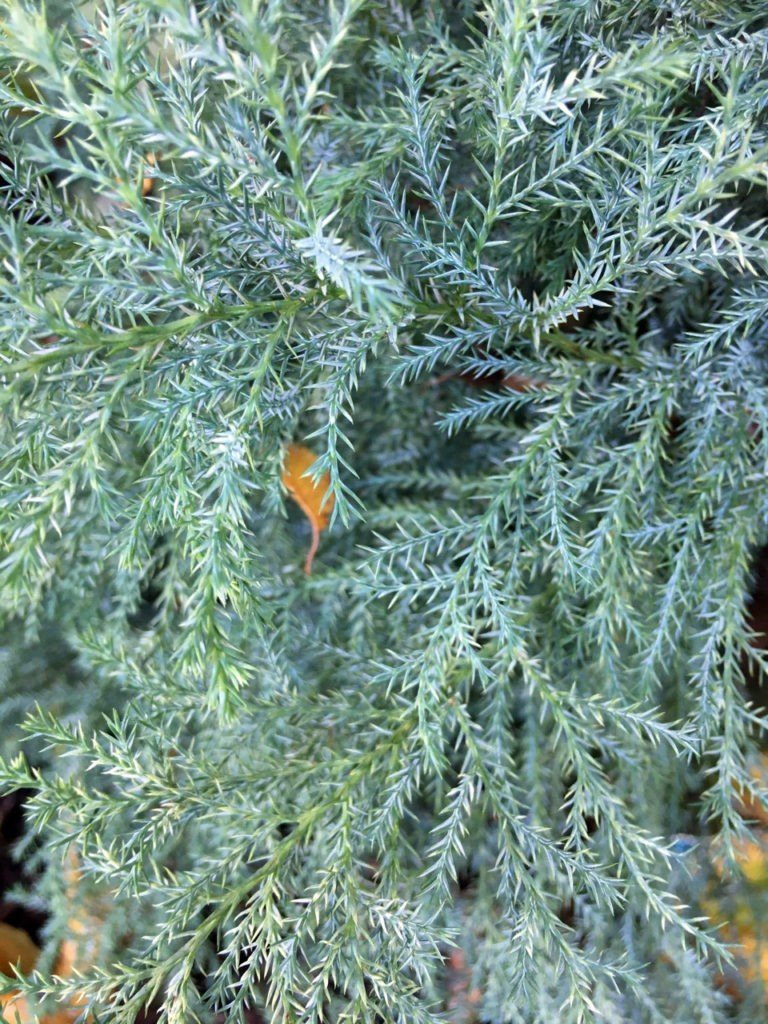 Every picture in this post came from my garden, and as I’m writing this I just remembered one I forgot to take a photo of.

I’ve had garden design clients who have said, “I hate conifers.”  And I always do my best to enlighten them and get them to see these plants in a different light. Many times these are the same folks who want a super low maintenance garden, and it’s harder to get lower maintenance than dwarf conifers. 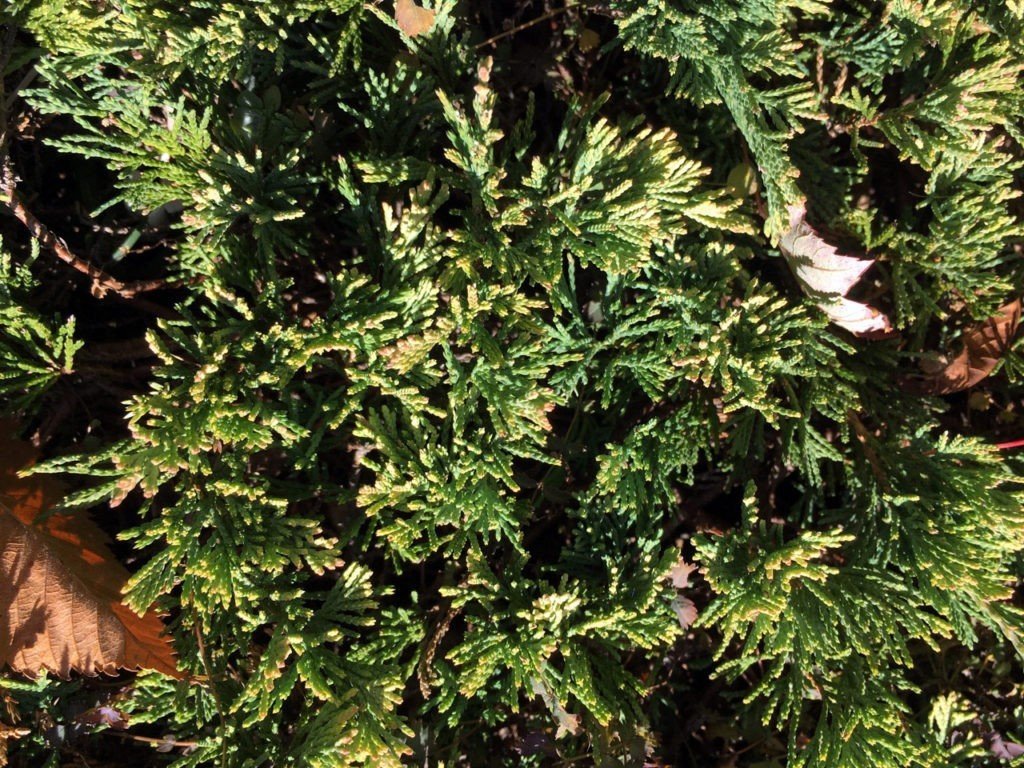 They can be a wonderful habitat for birds & beneficial insects, and some do a great job cleaning the air & dealing with pollution. 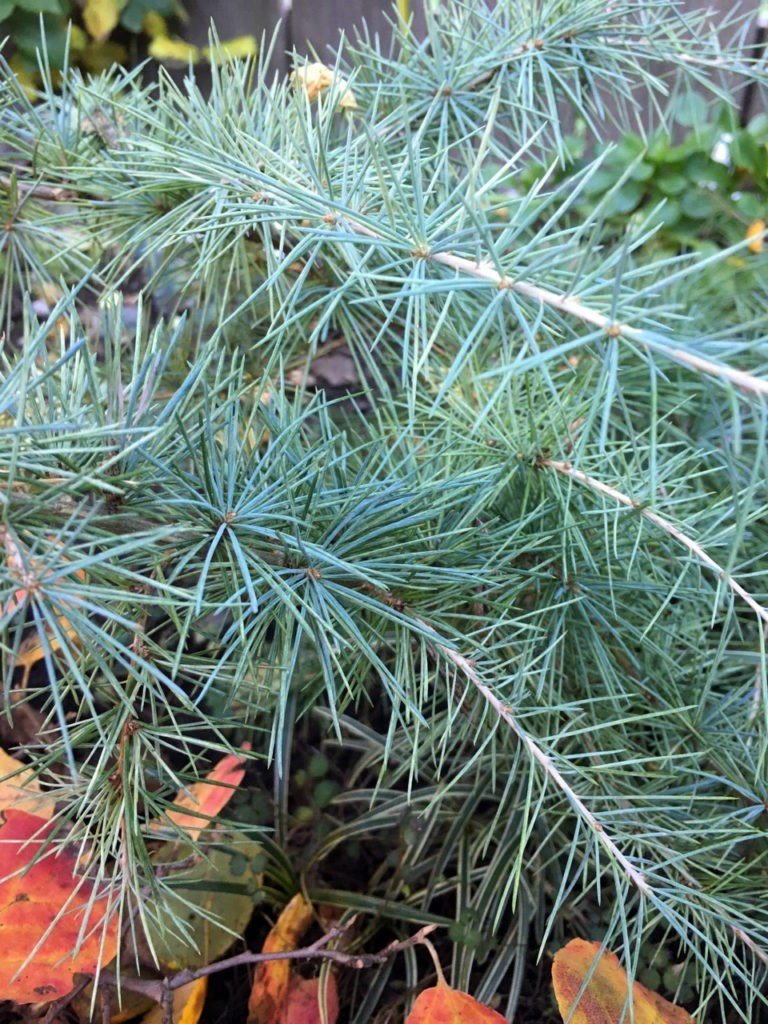 And if you like to bring garden trimmings inside as arrangements, they give you a wide variety of options in colder months.

They range in texture from soft & fluffy (almost huggable) to short & spiky.  There’s really something for everyone.

Some are even variegated, or have a waxy coating on their leaves to help prevent moisture loss & gives them a frosty appearance.

Some evoke a real sense of place as they dominate the landscape they come from. 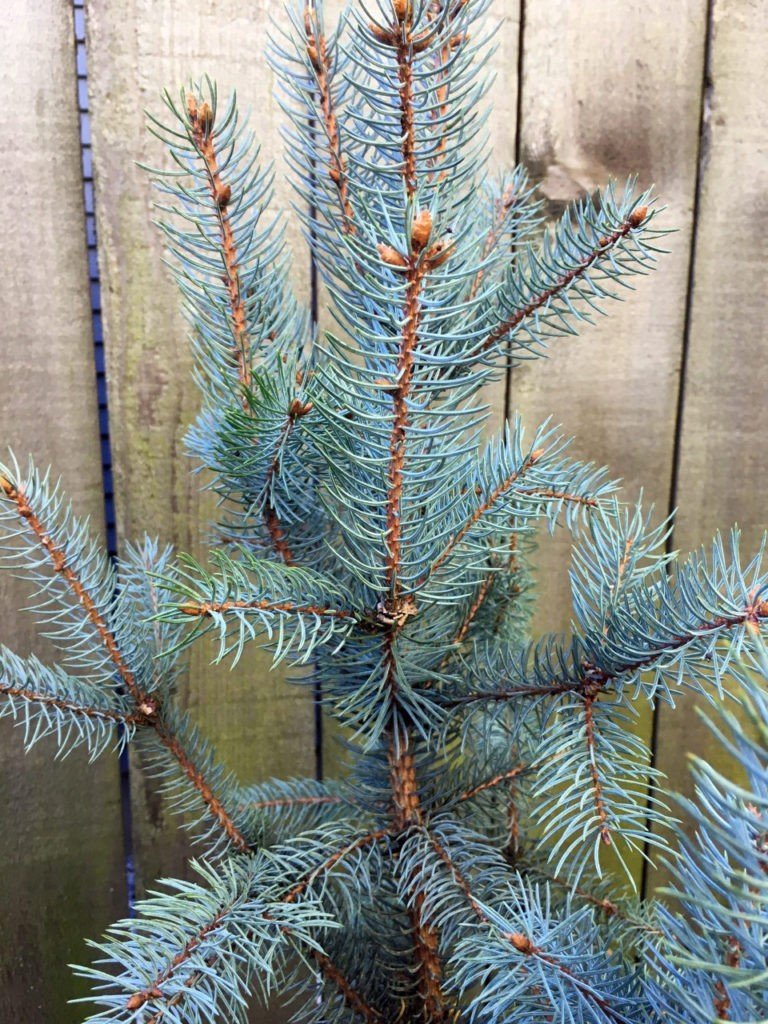 And a certain times of year, the contrast between the new foliage and the stems/bark is really exquisite. 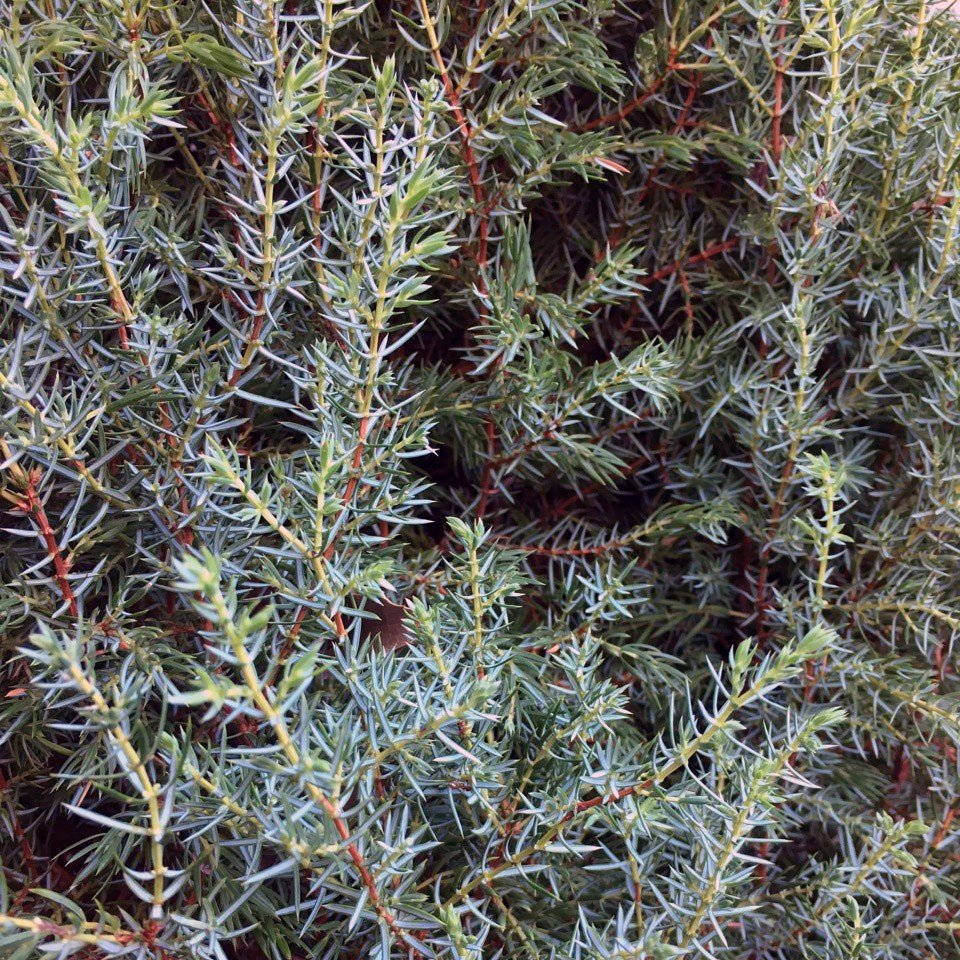 Some are truly upright & columnar in growth habit, and others weep and sway in the lightest breeze. 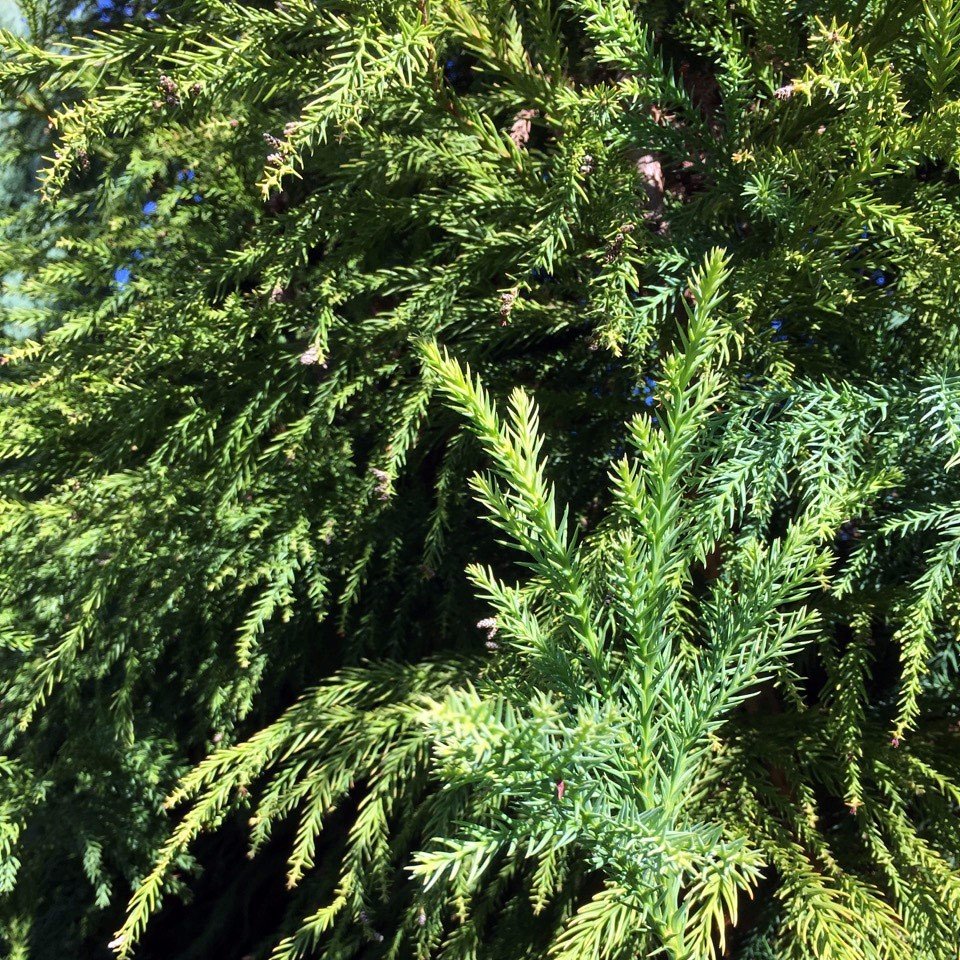 And while they look gorgeous against a blue sky, they also bring lots of drama to the landscape in winter when covered with snow. 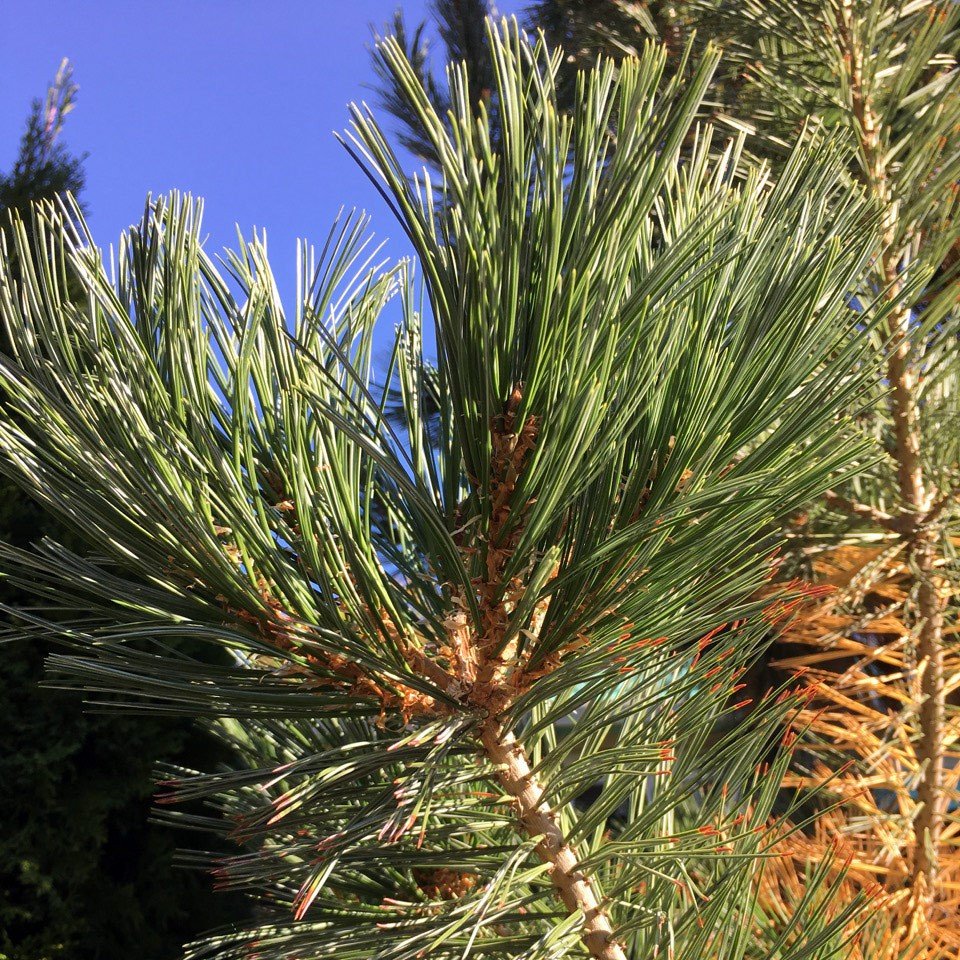 I even have a conifer inside my house, where I can enjoy it as a house plant: 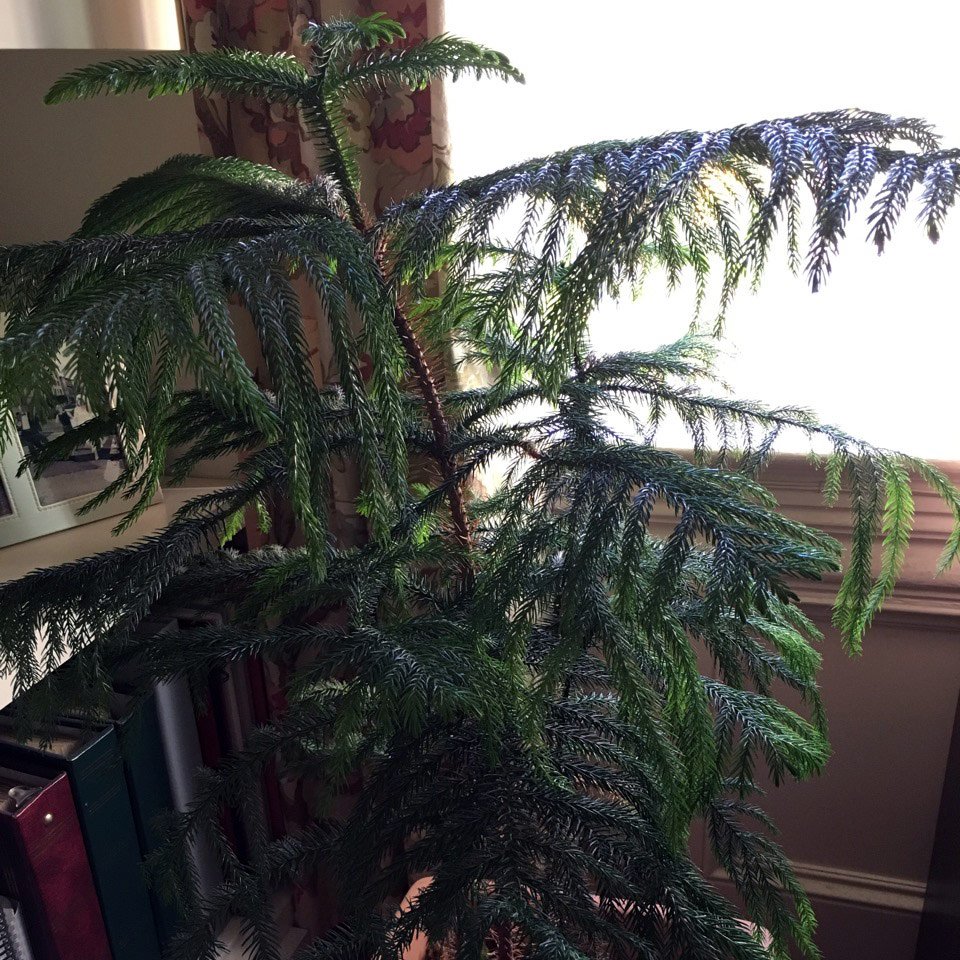 And then there are lots of plants that act & look very similar to conifers, but aren’t.  They often flower, but their leaves and growth habit can be similar, and when not flowering, many people can’t tell them apart: 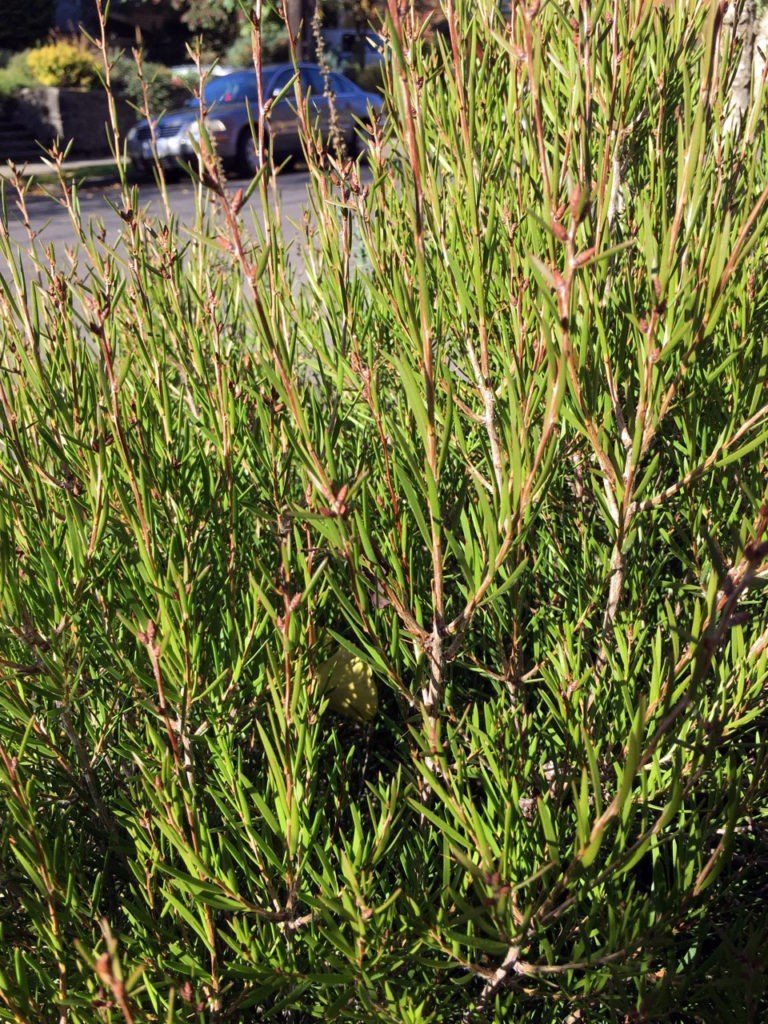 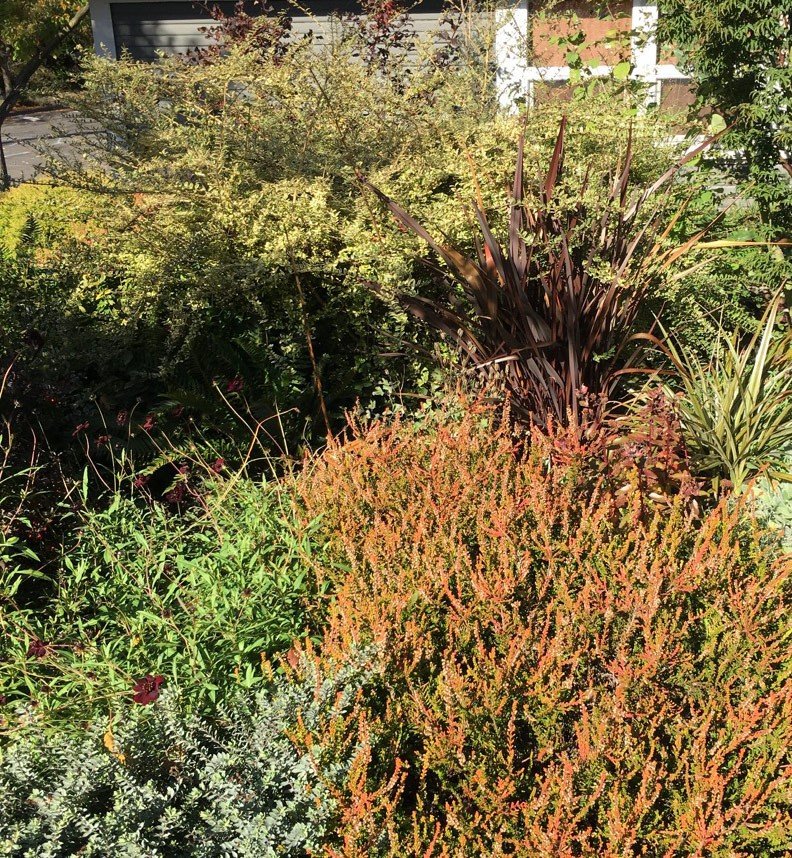 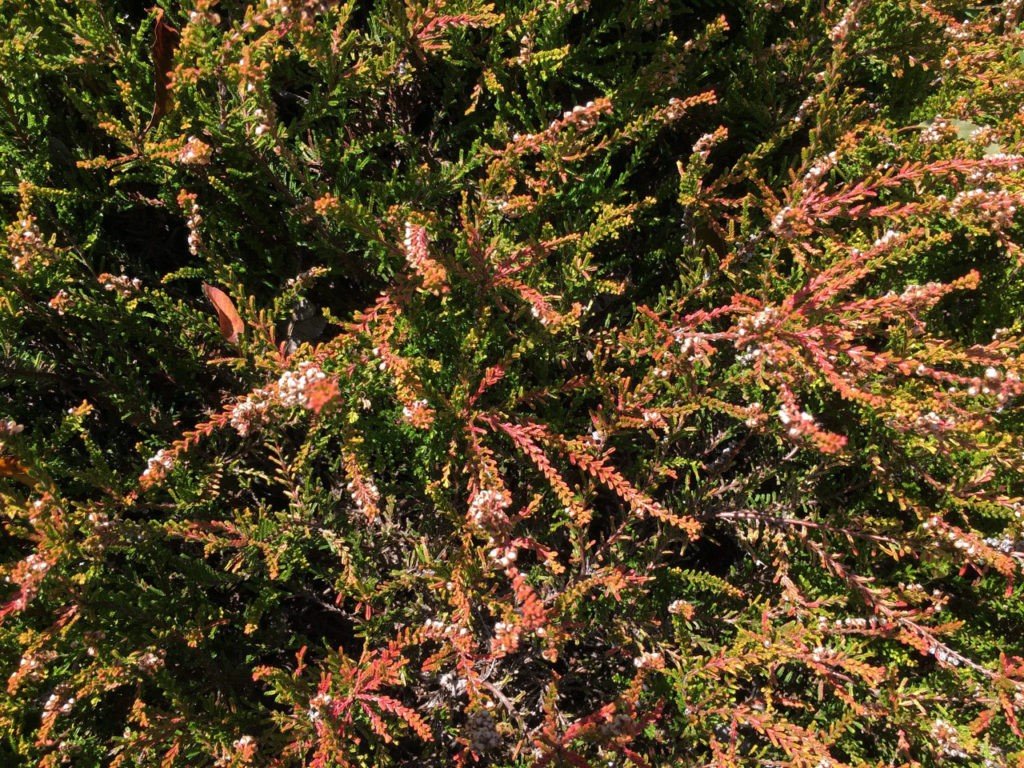 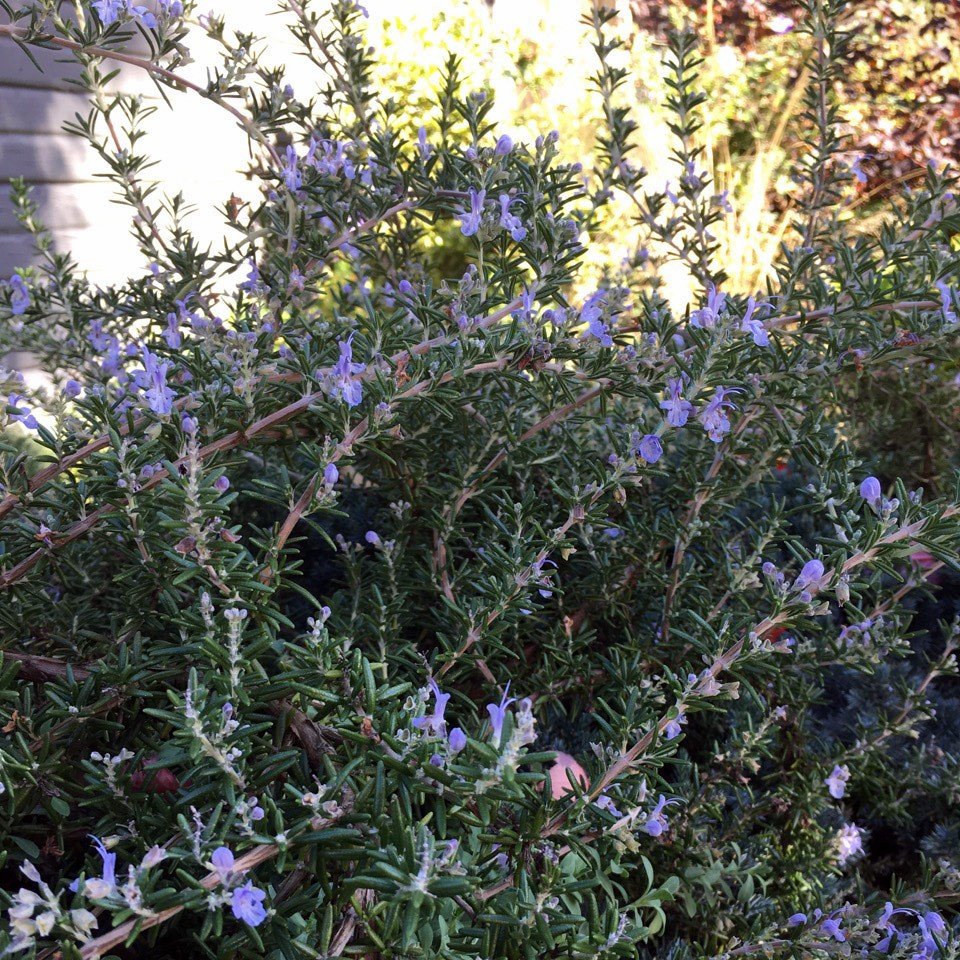