Garden Containers in Vancouver, BC

Last weekend we went to Vancouver, BC for the first time.  We met some family there, who were out from back east because it was their departure point for an Alaska cruise, and were able to see them for part of our stay.  We had a lovely time together, and I fell in love with Vancouver over the whole of the weekend.

Vancouver seems to have many of the best parts of all the American west coast cities plus stunning mountains in the background, and much more French speaking.  We stayed in the Coal Harbour neighborhood in an Airbnb in the West End.  The area was filled equally with posh folks who lived there and tourists, and it was the perfect spot for our visit.  We were only a block from the water, and spent lots of time in Stanley Park and meandering the water front, especially at sunset.

We only had a few days, and we had our dogs with us, so we didn’t get to visit the beautiful gardens I understand are there, which understandably don’t allow dogs — so we plan to go back in the future when we can explore further.  It was the same weekend as a great garden tour in Portland (ANLD tour) that I was sad to miss, so to satiate my appetite for inspiration from other people’s gardens, I decided to enjoy the nearby plantings, and specifically the container plantings.

Many of these are at the entrances of large apartment buildings, so they’re sizable. 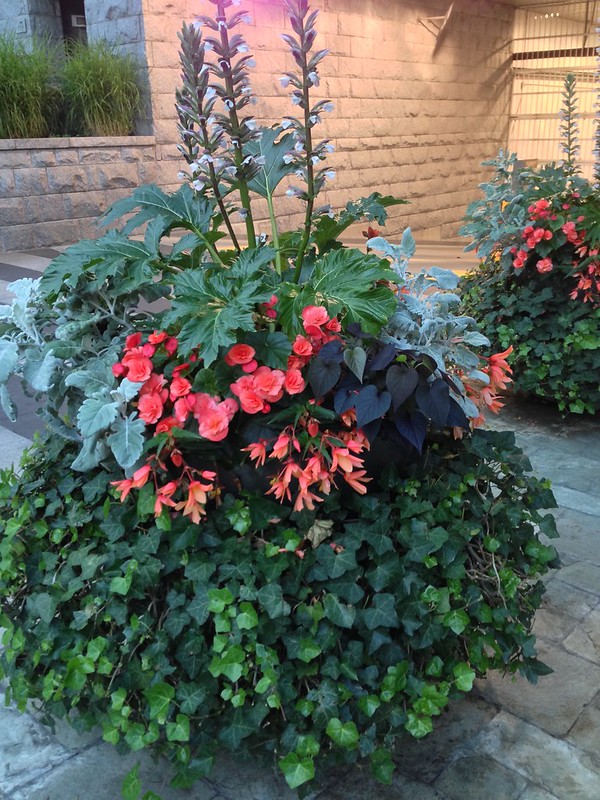 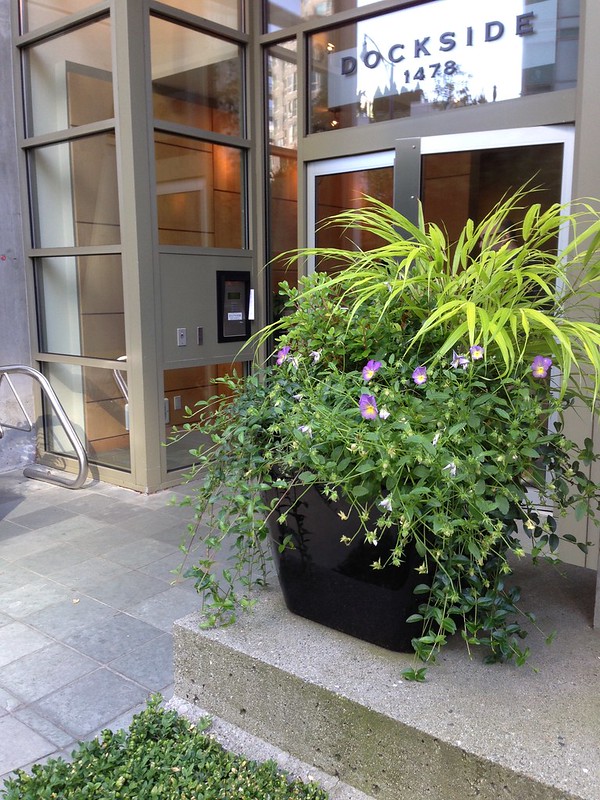 I was surprised how many were made up mostly, if not entirely, of perennial plants. I wonder how often they are updated? 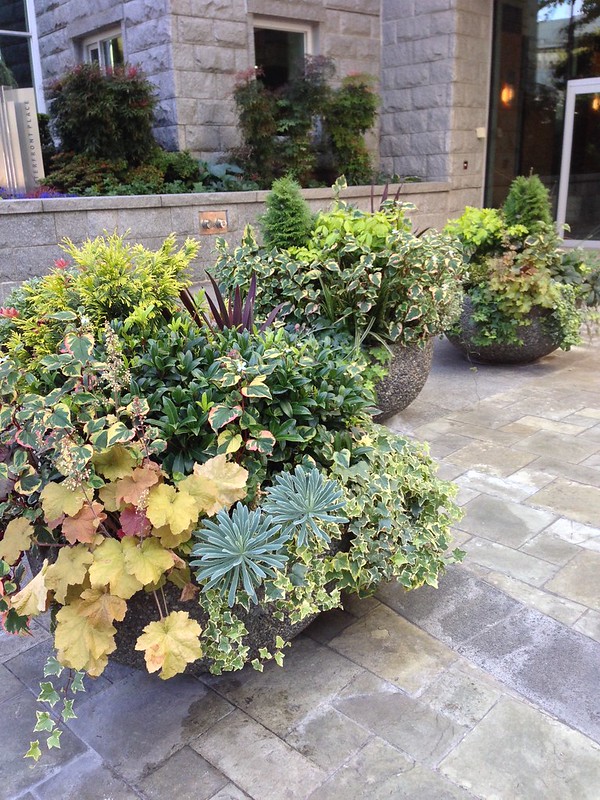 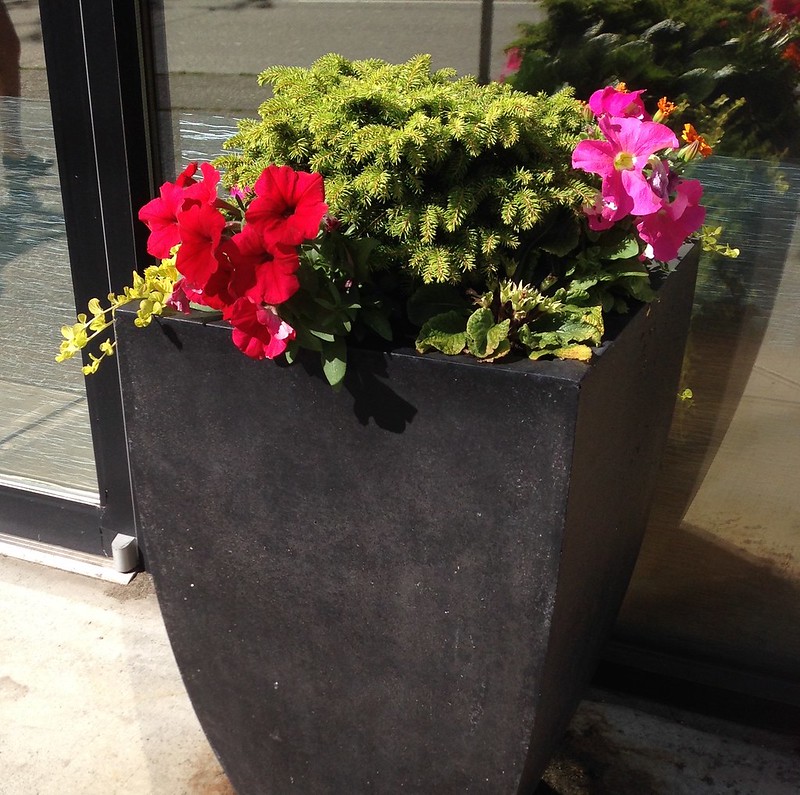 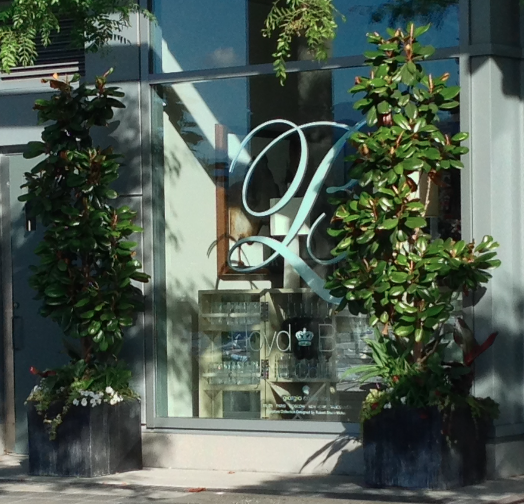 And then there were the plantings between the buildings and the sidewalk. Often very manicured and uninspired, but sometimes really gorgeous. 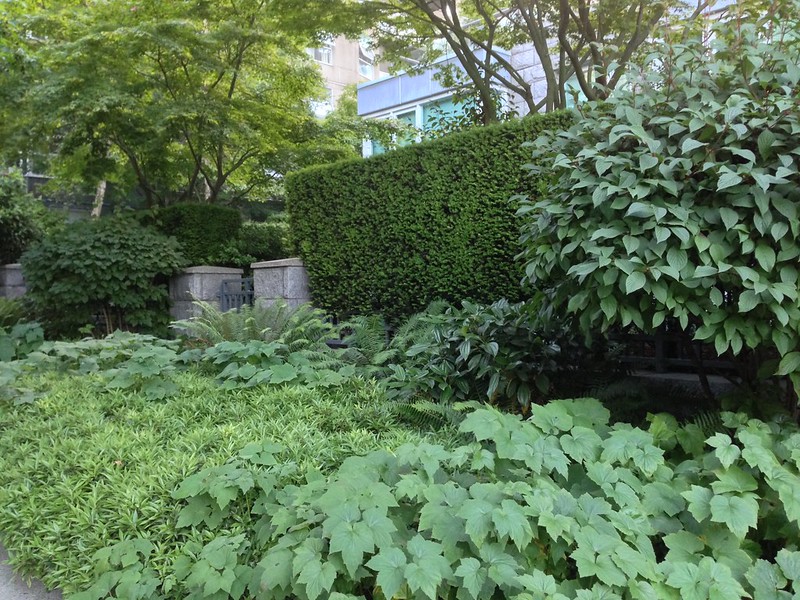 I believe they share a similar climate to us here in Portland, and the city makes an effort (it seems) at weaving green spaces into their residential neighborhoods — it was rare, even downtown, for areas to be bereft of plantings. I understand that because of zoning, they don’t experience the same phenomenon as some cities where particular areas are just commercial, and other areas are just residential. This makes a large city feel approachable and livable, and I imagine makes people who live there invested in having the areas around their homes beautiful. I look forward to visiting again!