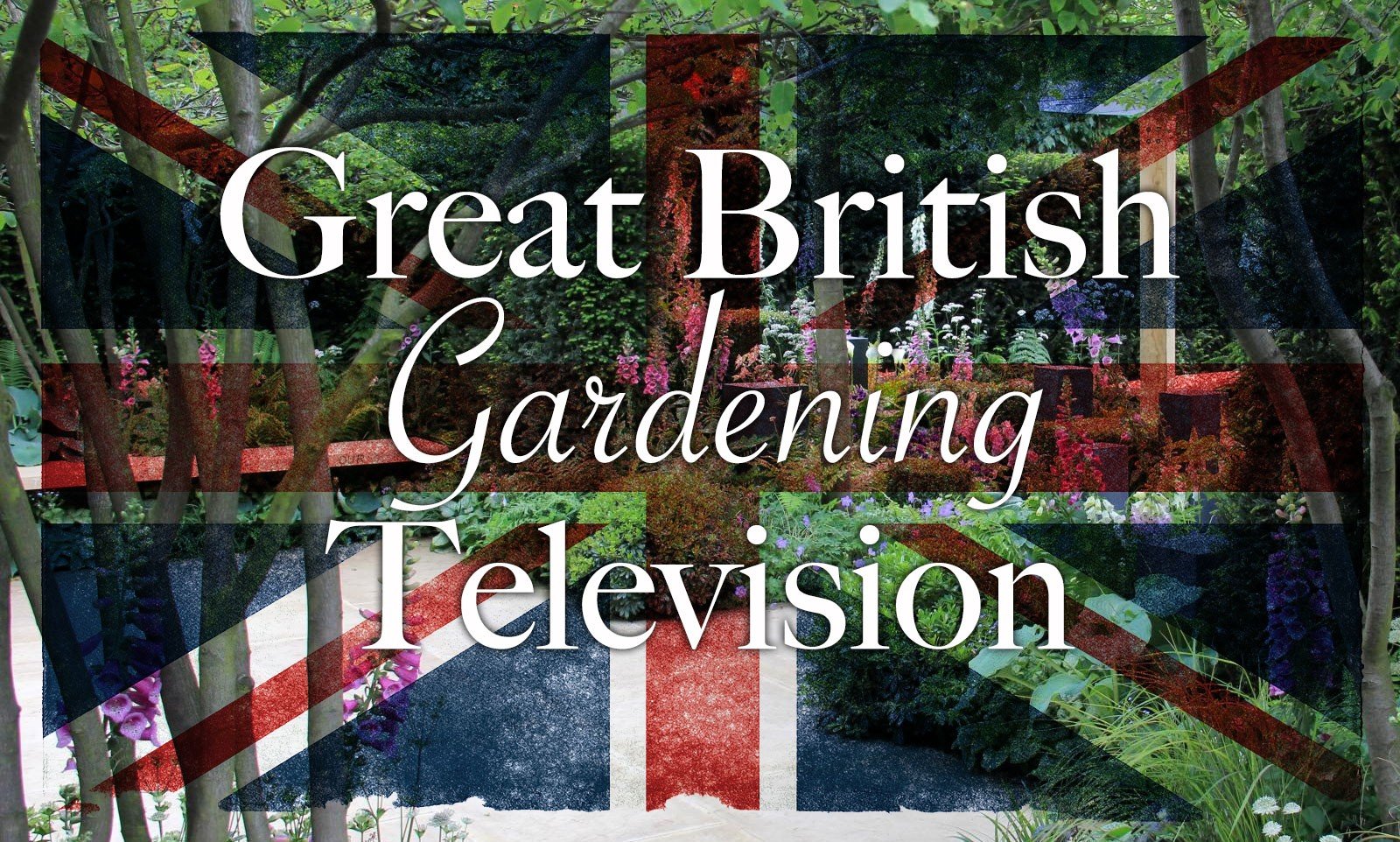 During the off season, those who love gardening can get their fix in a variety of ways: seed catalogs, online garden tours, the rare nice day that allows you to do some cleanup.  But none of these hold a candle to the delightfulness of British gardening television.

American “gardening” television (what little is left of it) has about as much to do with gardening as wealth does to happiness.  There are gardens involved, and that’s about the end of it.   There are a few exceptions, such as Growing a Greener World, but for the most part the USA television landscape is barren when it comes to celebrating gardening by actually talking about gardening.

Britain, however, is rich in garden tv viewing.  And their shows are actually about gardening: in depth coverage of different plants & plant types, how-to, garden visits, conversations with experts, etc…  it’s like Narnia on your television.

Not only is the perennial favorite, Gardeners’ World on weekly from March until November, but they regularly have specials, such as the current Great British Garden Revival, which is on its second season after the success of last year.

Beyond that, the host of Gardeners’ World, Monty Don, has hosted many specials, like Around the World in 80 Gardens, Monty Don’s French Gardens, and Monty Don’s Italian Gardens.  He’s super enjoyable to watch — I’ll just leave it at that.

Other British garden celebrities have also done wonderful short series such as Carol Klein’s Life in a Cottage Garden, Christine Walkden’s Gardens From Above, and Alan Titchmarsh’s How To Be A Gardener & Garden Secrets.

And you can see many different shows & hosts in the A to Z (pronounced “zed” of course) of TV Gardening, which is a roundup of some of the best from lots of different shows.

Beyond that, there are specials covering specific, famous estate gardens such as Hidcote, Highgrove and Bodnant.

And finally, the British public turns the airways over to daily coverage of the annual Chelsea Flower Show (for multiple hours), and the Hampton Court Flower Show, during those times of year.  Think of those as the Oscar’s for garden designers and growers.

And if you just want something to listen to while working on something else, you can catch the weekly Gardeners’ Question Time — where horticultural experts travel the country and answer questions from the gardening public all while being broadcast on national radio.  For real.  Slightly less famous, but equally delightful is Northern Ireland’s Gardeners’ Corner.  Both are released as a free podcast — just search iTunes.

You guys, it’s a beautiful thing.  Except that we are not allowed to watch BBC online programming here in the States.  Bummer, and maybe one day there will be an online subscription model for the international audience (hint hint).  Luckily, however, lots (if not most) of these are available to you on YouTube!  So get searching and get inspired by those with a similar climate and wonderful accents.