I spoke to my grandmother yesterday (she just turned 95!) and she reported that in her part of Connecticut they had snow again yesterday.  So I am a little sensitive about the *incredible* spring we’re enjoying here in Portland — I’m reminding myself to be grateful for all this sunshine & the warm temps.

This weather has resulted in some spectacular sights in the garden, and some great days spent getting lots of things done.  Let’s start with a bang… 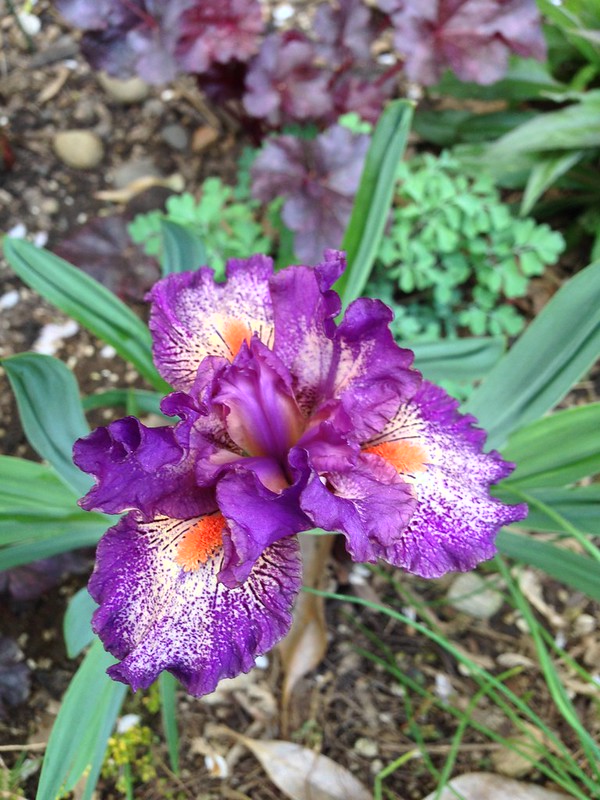 This Pacific Coast Iris burst into bloom today. They’re the most gorgeous flowers, and I could easily let them become an obsession. Xera has a wonderful selection if you want to add some to your garden. 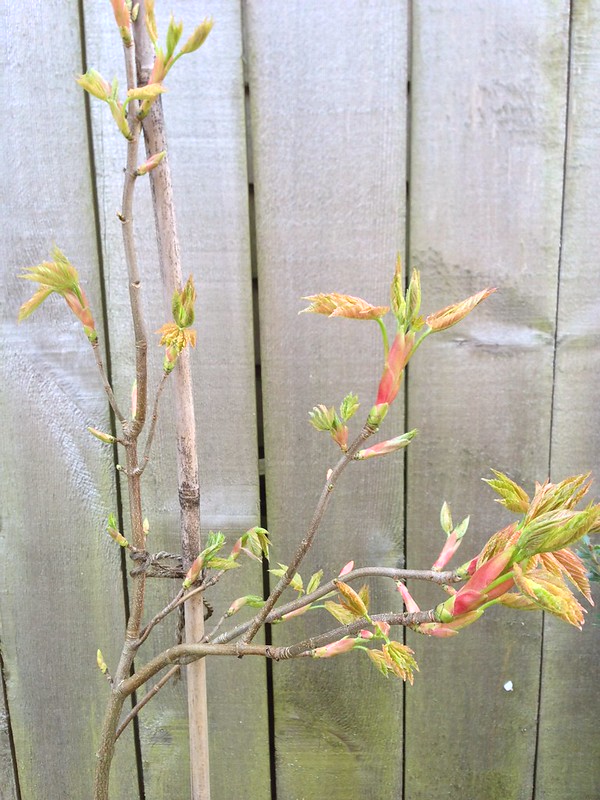 This Acer ‘Esk Sunset’ is just leafing out and I think the new leaves look like exotic birds or something. This is a relatively new plant for me, and it’s in a container as all acers planted in the ground in that part of our garden have been lost to verticillium wilt. Once it’s tall enough I’m looking forward to the stained glass effect of sunlight through the leaves. 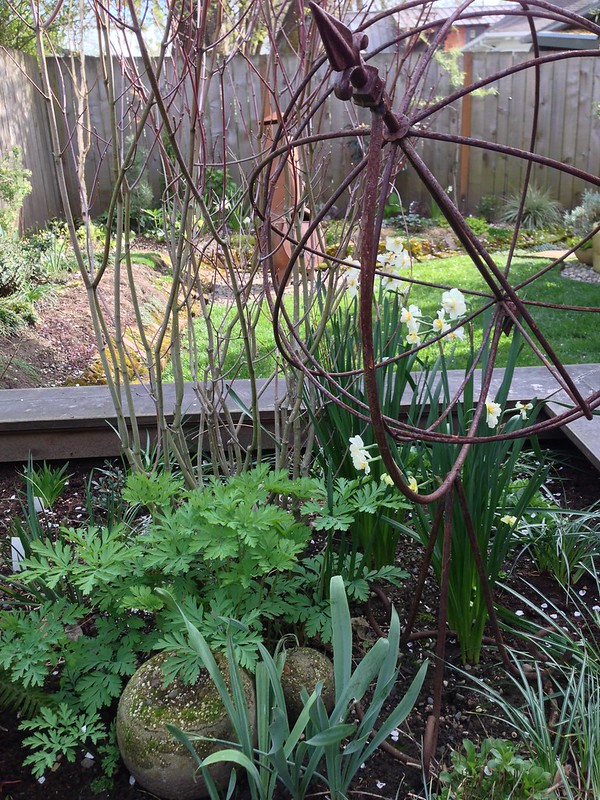 I’m happy to see the native dicentra is filling in around the base of our vine maple in the bumpout. That whole raised bed is filled with natives (plus some bulbs for early season color) and this is its second year of growth. 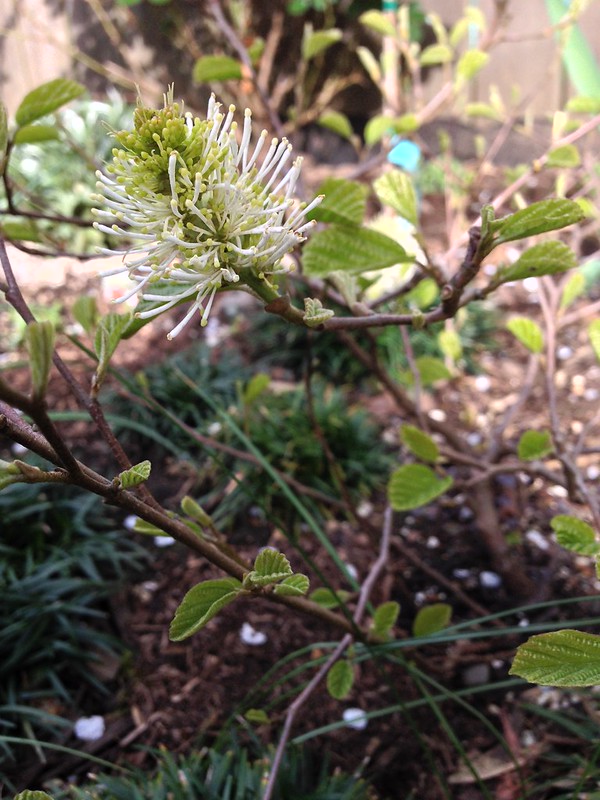 This dwarf fothergilla is on its second year in our garden and it’s blooming its spectacular white bottle-brush-esque flowers while sending out its new leaves which look like little pleated skirts at first. 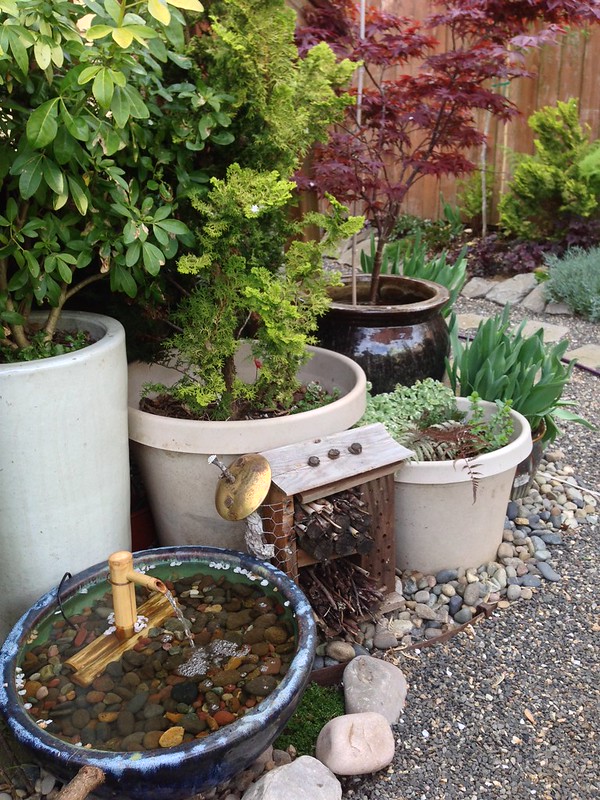 We got our little container fountain hooked up for the season with a new bamboo spout — this is an improvement sound-wise over last year when we had water gently spilling over the top of a second container inside of this one that was mostly… s i l e n t. It was beautiful, but I wanted the sound of water and now we have it! 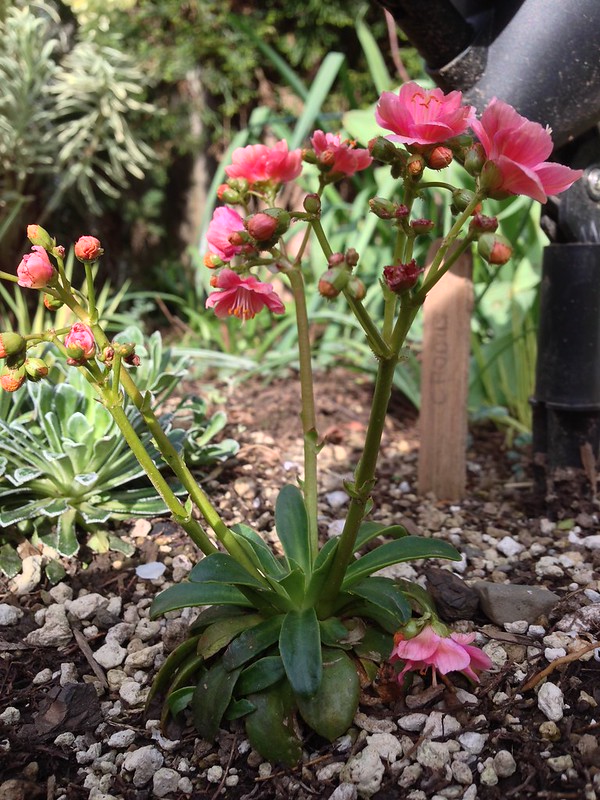 This tiny lewisia is putting out so much bloom for such a small plant. 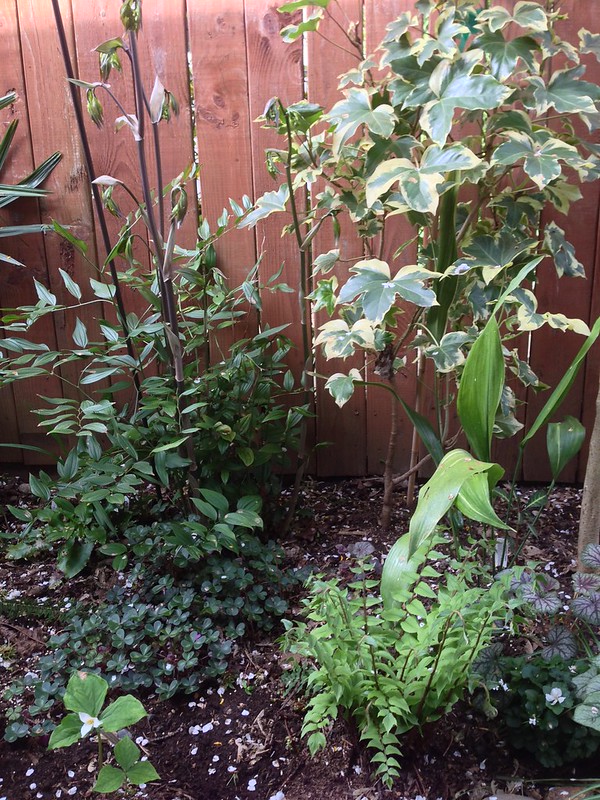 This is part of our shady bed just inside the north gate. Things are really starting to happen over here, including the flowering trillium (year 2), the fantastic new growth on the disporum cantoniense ‘green giant’, and new fronds on the holly fern. Also shown are a variegated aspidistra, some heuchera, native oxalis, and a fatshedera. 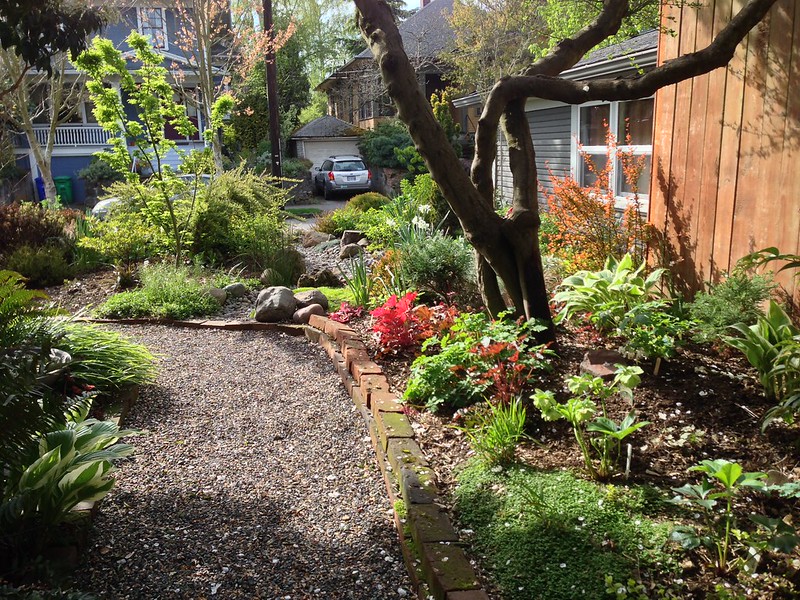 On the other side of the gate things are all fresh & new foliage-wise. 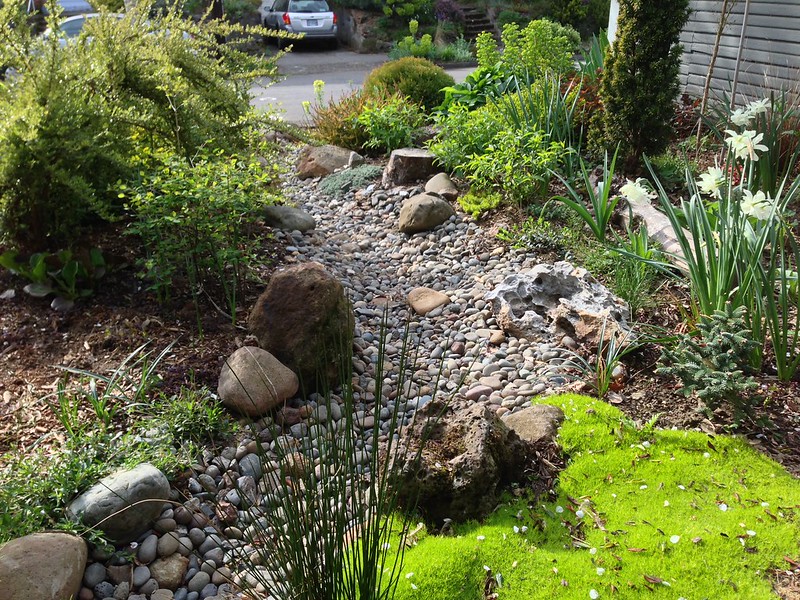 The colors along the bioswale are so vibrant and I can’t get enough of the sagina subulata (scotch moss) as it puts out new growth. 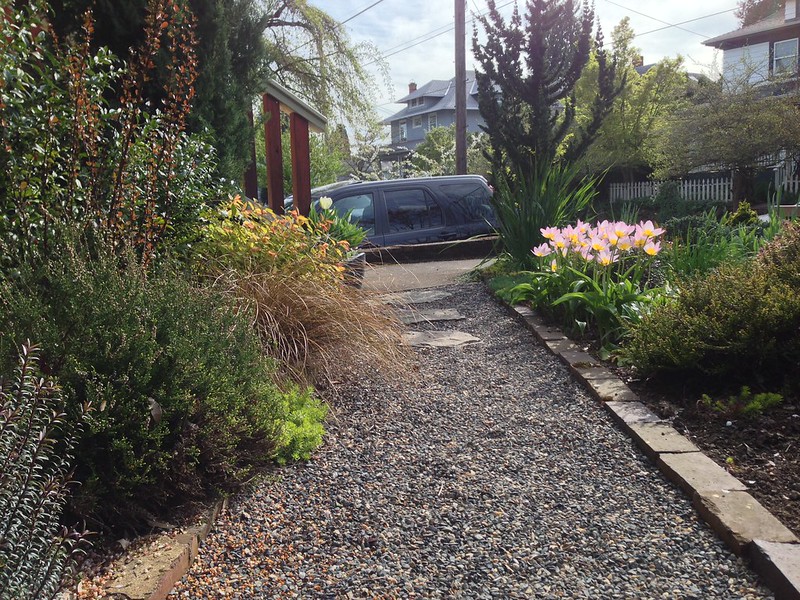 And along the front path the perennial tulipa bakeri ‘Little Wonder’ is putting on its annual show. 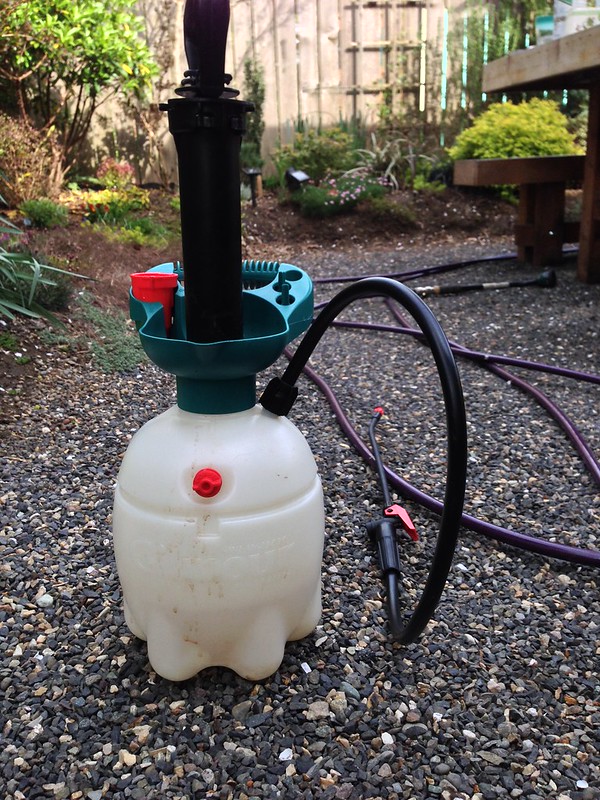 It’s also the time of year for my annual seaweed spraying! I don’t to much in the way of fertilizing — except for the containers — but once a year, after the new leaves have emerged, I do a foliar spray with liquid seaweed and compost tea. I apply it to everything — the perennials, the conifers, the deciduous trees, the ground covers, and even the grass. I’ve found that on top of making the garden smell like the seaside for a day, it helps ensure a new season’s growth gets off to a good start. It gives the plants a slight nutritional boost almost instantaneously, and seaweed has a bunch of micronutrients so if any of my plants are suffering an imbalance it helps correct that so that they’ll put on a good show and remain healthy enough (hopefully) to fight off any lurking disease or pests.

Here’s to a healthy gardening season ahead!